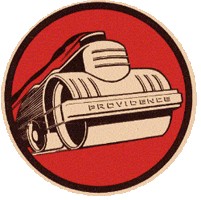 Logo for the “Providence Steamrollers”

George W. “Woody” Grimshaw led the Brown University basketball team to the New England championship in 1945, with a college career total of 1,021 points. Woody was inducted into the Dean College Hall of Fame for basketball and football in 1977. He played – as guard – for one year with the National Basketball Association team, the Providence Steamrollers, in 1946, when they had a record of 28 wins and 32 losses (average 0.467). The team shut down in 1949. Starting in 1953, Woody Grimshaw coached at Tufts University for 18 seasons before retiring in 1971. He died just three years later, in 1974, at the young age of 55. It is not yet known which Grimshaw family line Woody was descended from. 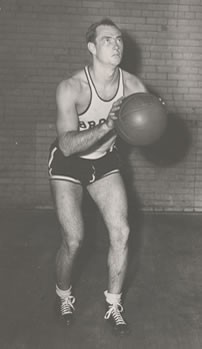 The Steamrollers were one of the original eleven NBA franchises (when the league was called the Basketball Association of America). The franchise posted an all-time record of 46-122 (.274) before folding after three seasons.

The Steamrollers still hold the dubious NBA record for least games won in a season with 6, in the 1947-48 season. (The team does not hold the record for lowest winning percentage  that distinction belongs to the 1972-73 Philadelphia 76ers.) Also during the 1947-48 season, the Steamrollers’ Nat Hickey, at age 46, established a still-standing mark as the oldest player in NBA history. 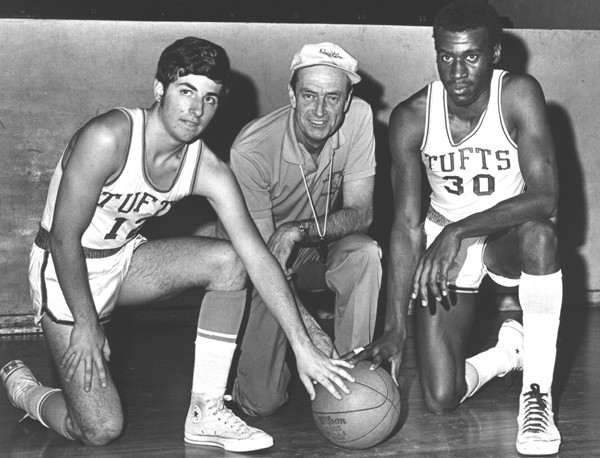 Woody Grimshaw was born on September 24, 1919 and died in October 1974 at the young age of 55. It is not yet known which Grimshaw family line Woody was descended from.