H.C. (for Harold Charlesworth) Grimshaw was an active researcher at the U.K.’s Safety in Mines Research Board for many years – from at least the 1930s to the 1960s – and published a number of internal reports and other articles on the results of his work. He was apparently from the Manchester area and served his country during World War I. He graduated from the University of Manchester with a Bachelor of Science degree in Chemistry in 1921 and with a Master of Science degree in 1922. His earliest identified publication for the Safety in Mines Research Board was in 1931. It is probable that he was descended from the “Audenshaw” Grimshaw line (see companion webpage); a potential candidate has been identified from that line as H.C. Grimshaw.

The following publication was reviewed at the Library of Congress in August 2008.

[More pages to be added.] 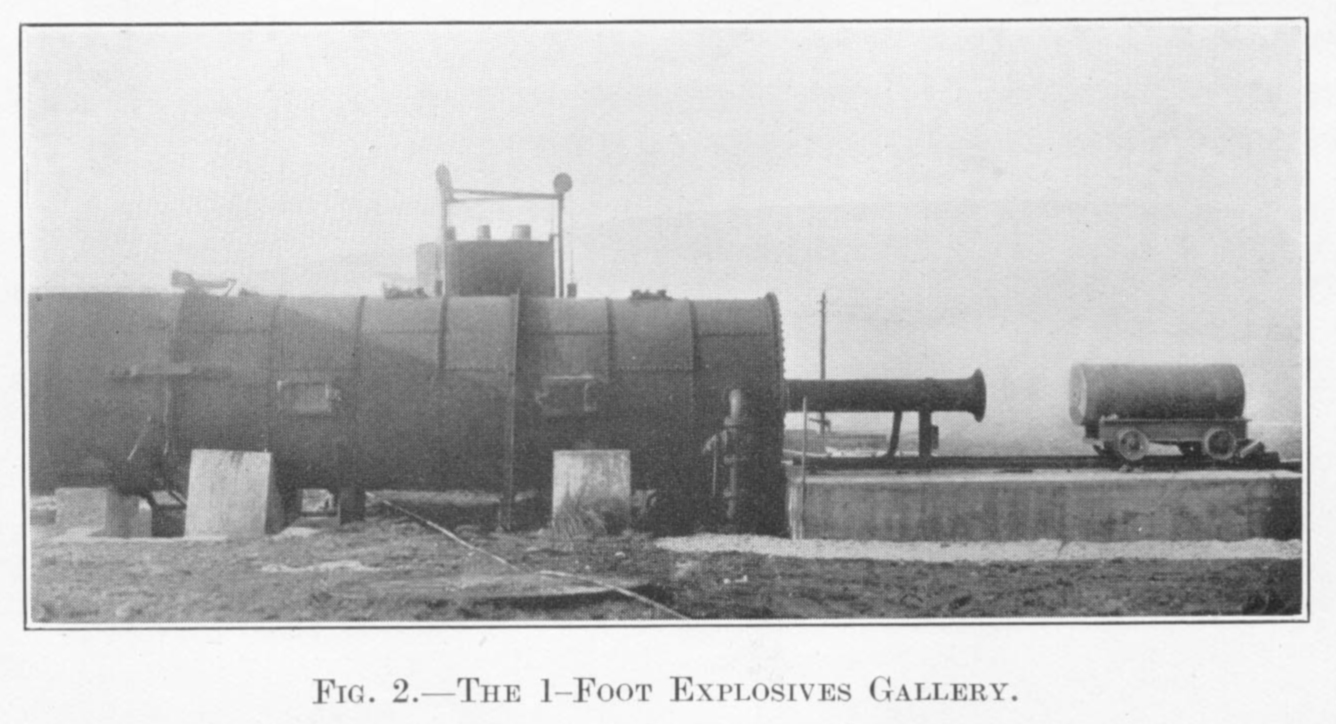 The British Library has at least 11 Safety in Mines Research Board Publications that were authored or co-authored by H.C. Grimshaw. The online catalogue entries are shown below.

Harold Grimshaw served in World War I in the “16th Bn. Manch. R.” in 1915, apparently as a Private (Pte.) as shown in the following publication. 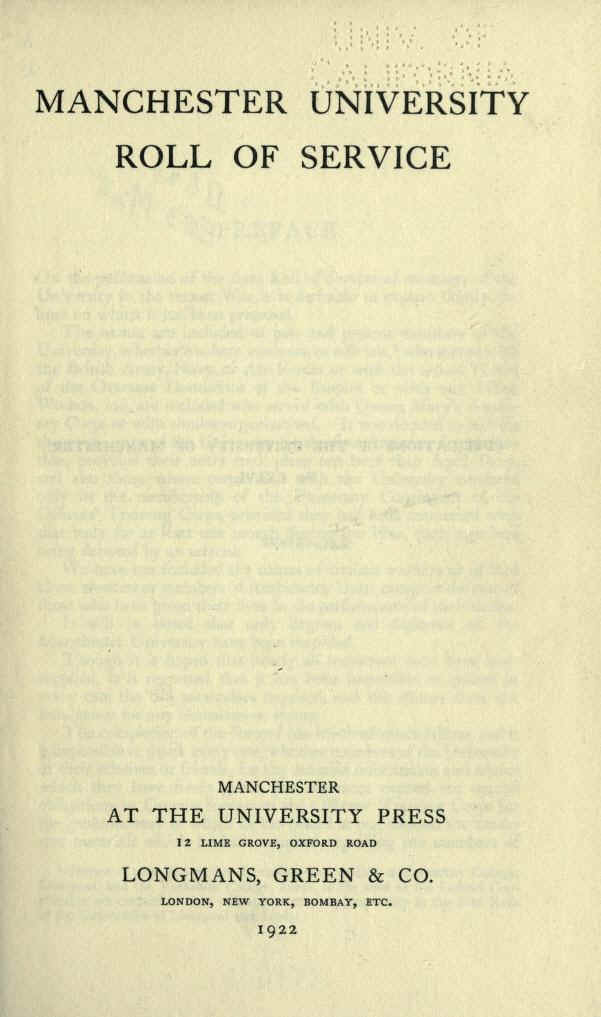 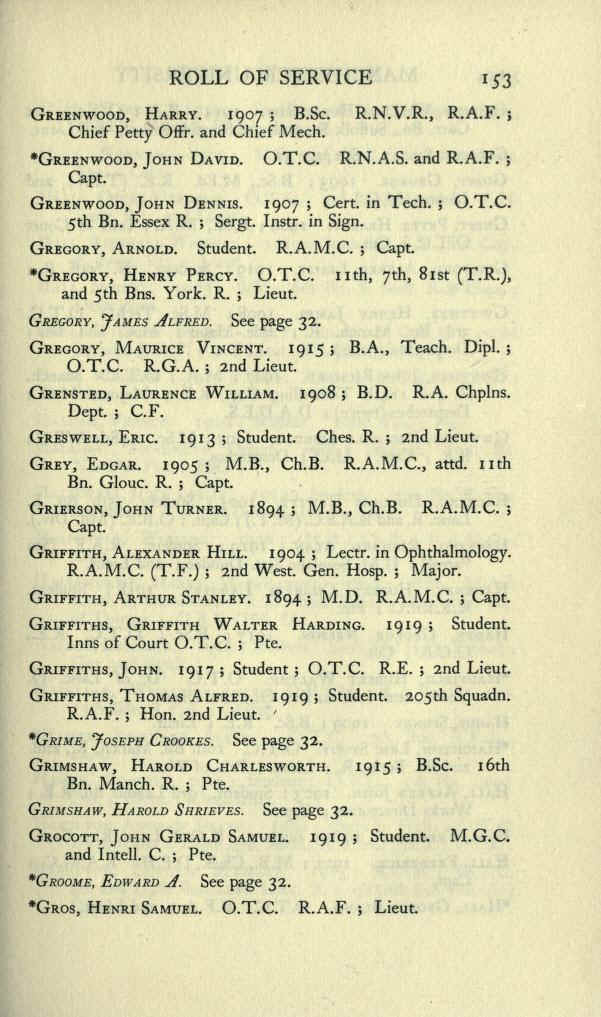 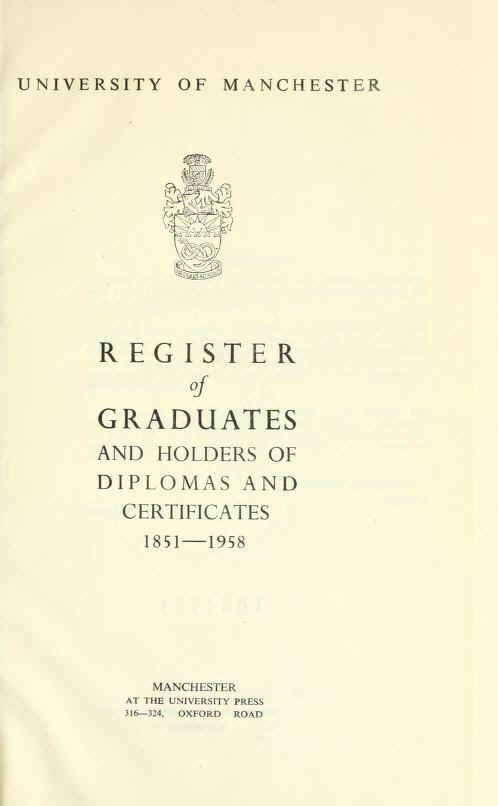 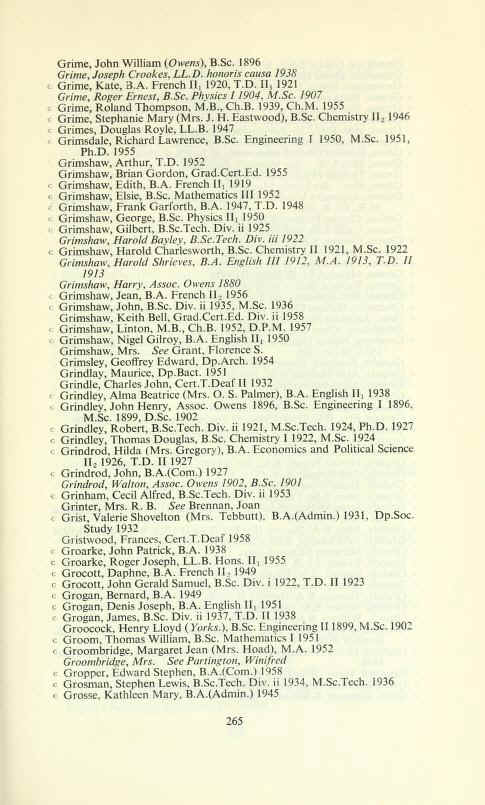 H.C. Grimshaw is probably descended from the Audenshaw Grimshaw family line (click here for a companion webpage). A candidate has been identified in bold in the descendant chart below. The name, location and birthdate are appropriate, but it is not known if this is the correct individual. The descendant chart is from information provided by Norman Grimshaw.

See Harold in bold font below. Birth, location and name are about right, but….