Geology of the Blackburn Area

Geology of the Blackburn Area

The geologic context of the Blackburn area is important to Grimshaw family history for two main reasons:

Both of these reasons are developed in other pages of this website.

In simple terms, the geology is best understood in terms of the bedrock and the glacial surficial deposits.

Both Eccleshill and Clayton-le-Moors, the most important locations to the early Grimshaw family, are located in the northern part of the Lancashire Coalfield as described by Edwards and Trotter1. Both locations are underlain by sedimentary rocks containing mineable coal seams. These rocks are of the Upper Carboniferous series and are referred to as the Lower Coal Measures in England. They consist of interbedded shales and sandstones as well as coal seams. The beds are relatively flat-lying but are disrupted by frequent high-angle (near vertical) faults2.

The Millstone Grit underlies the Upper Coal Measures and crops out elsewhere in the Blackburn region. It has not only been quarried in the past for millstones, but it has also been an important source for building stone in Lancashire County. Also, Pendle Hill, which is described on another website, is made up of (underlain by) the Millstone Grit.

Edwards and Totter1 (p. 42) describe the Coal Measures as follows:

In the Pennine region the Coal Measures rest conformably on Millstone Grit, which their lower beds closely resemble. But the bulk of the Coal Measures are of somewhat different character from the Millstone Grit: rhythmic deposition is still apparent, but sandstones are thinner and finer grained; marine bands are uncommon, non-marine shell-beds very common; plant-debris is ubiquitous and seams of coal are thicker and more abundant. It seems that the subsiding area of deposition became silted up at frequent intervals to give rise to extensive flats at sea-level: vegetation colonized these flats and formed dense forests; the continuing subsidence drowned these forests and entombed their bulky residues (which subsequently were converted into coal seams) under fresh deposits of deltaic mud which again built up to sea-level. Periodicity in deposition continued until 3,000 to 4,000 ft. of measures with numerous workable coals had accumulated…

The rhythmic character of the sedimentation noticed in the Millstone Grit persists throughout the productive Coal Measures, but in these the persistent elements of the rhythm are the  coal seams (which) vary in thickness between a thin film and 14 ft., with most falling within the limits of 2 to 6 ft. They are classified as bituminous coals

A coal mine opening in the bedrock is located in the streambed of Grimshaw (Waterside) Brook near Luddington. It is shown in the upper two figures at the bottom of this webpage.

The Blackburn area was subjected to glaciation during the Pleistocene ice age, and the sandstone-and-shale bedrock is overlain in much of the area by glacial deposits (till, also called “boulder clay”) of varying thickness up to several tens of feet. Glacial outwash (sand and gravel) also occur in small patches, including along Grimshaw Brook.

In many places near the creeks where the slopes are steep, the boulder clay is in very active mass movement down the slopes. The lower figure at the bottom of this webpage shows an example of slumping on a slope near Means Brook, a tributary of Grimshaw (Waterside) Brook.

The three figures below show prominent geologic features of the Blackburn area – a coal mine in the bedrock and active slumps in the glacial surficial material. The upper two figures show a coal mine opening in the bed of Grimshaw (Waterside) Brook. The figure on the left shows the mine opening across the Brook, and the right figure shows a close-up view.

The lower figure shows a succession of active slumps on a steep hillside which resemble a staircase with at least twelve “treads.” The cow on the upper left corner indicates the scale. 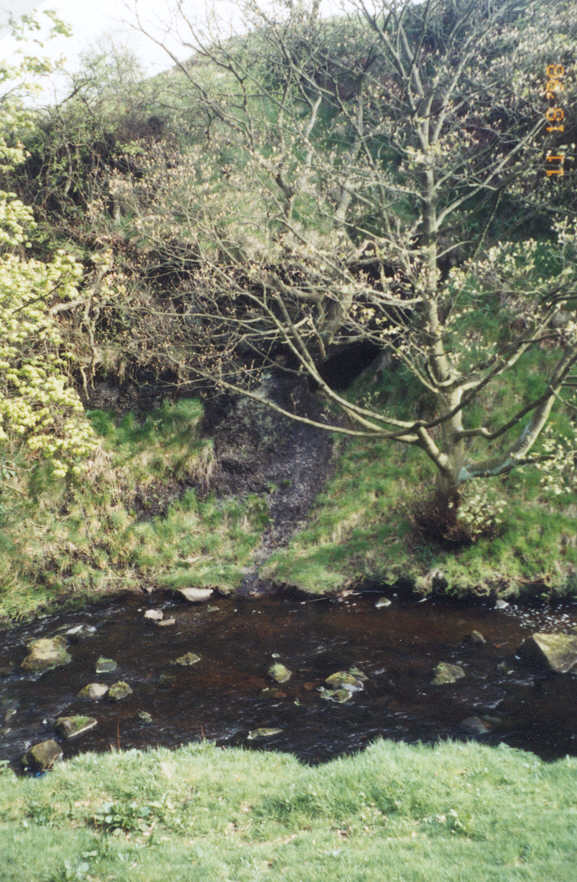 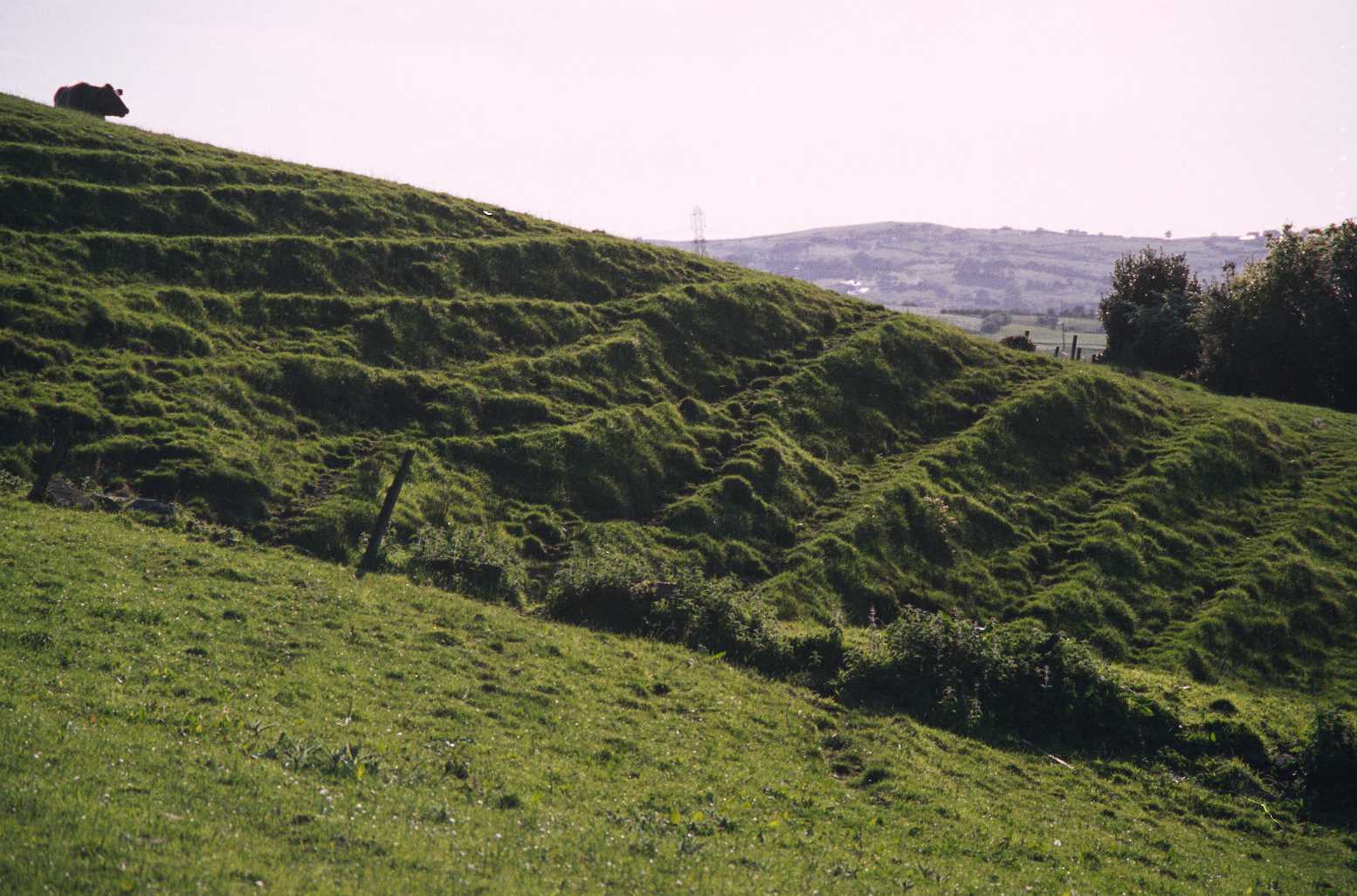