William and Phoebe (Cain) Grimshaw Immigrants to Lawrence County, Ohio from Kentucky and The Isle of Man

William C. Grimshaw was born in Great Britain (Isle of Man) and apparently married Phoebe Cain, who was born in Greenup, Kentucky, after immigrating to the U.S. William and Phoebe arrived in Lawrence Co., Ohio in about 1847. They apparently had five children – Jennie, William Henry, Ann G. Noble B., and John E. Grimshaw. William Henry, Nobel and John subsequently moved to Illinois. William and Phoebe are apparently buried in Woodland Cemetery, Upper Township, Lawrence Co.

Obituaries of Phoebe Grimshaw and Some of Her Descendants

Information on William and Phoebe Grimshaw from Laura

Where Are Ironton and Lawrence County, Ohio?

Grave Photos of Phoebe Grimshaw and Her Descendants

Thanks go to Cindy (Grimshaw) O’Brian for providing most of the information on this webpage. Thanks also go to Judi Gilker for providing contributions as well. Laura Van Alyne provided additional information and valuable gravestone photos.

Information provided by Cindy O’Brian, Judi Gilker and the Latter Day Saints website on www.familysearch.com has resulted in the following partial descendant chart for William and Phoebe Grimshaw. Thanks go to Cindy for providing review and update of this chart.

Phoebe Cain was born in Greenup, Kentucky, which is just across the Ohio River (and a short ways downstream) from Ironton, Lawrence County, Ohio, where the family apparently settled.

William and Phoebe’s son, William Henry Grimshaw, apparently went by his middle name in census records. He and his older sister, Mary Jane (“Jennie”), appear to have married siblings of the Sanders family. William’s probable daughter by a second marriage, Anna, was born in 1870 and may have been a twin of Edward. She was recorded living next door with grandparents William and Phoebe (and uncle Noble) in the 1870 census. Twins were sometimes separated for economic reasons during that period.

As noted, a great deal of useful information on William and Phoebe Grimshaw has been provided by Cindy O’Brian. This information, which was provided in a series of e-mails, is summarized below. Most of the informaiton is from the “Lawrence Register” website at the following address:

Author’s note: There is also a “Grimshaw Scott” buried in this cemetery.

Cindy O’Brian provided the following excellent photos of Walter Lawrence Grimshaw, grandson of William and Phoebe, and his descendants (and spouse, Mary Spiry). 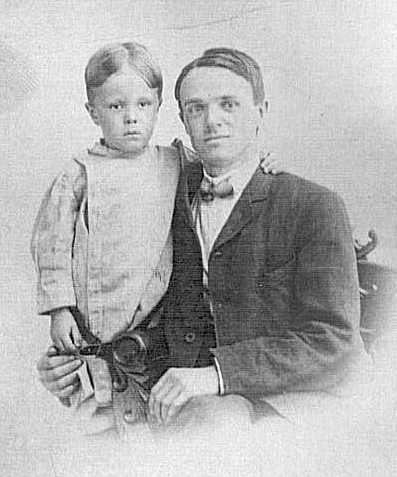 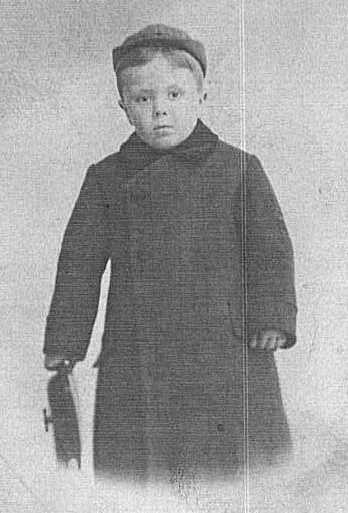 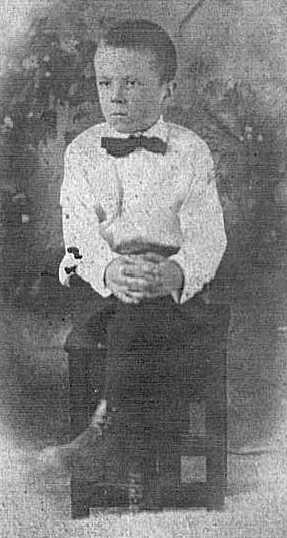 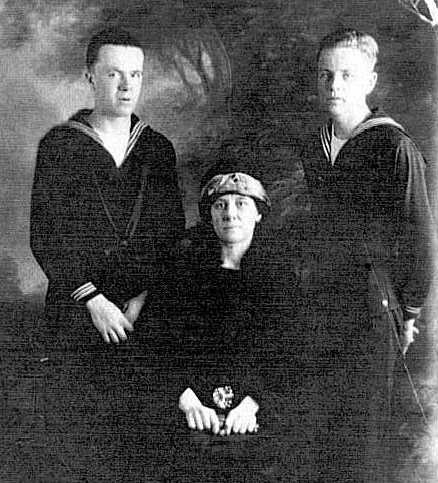 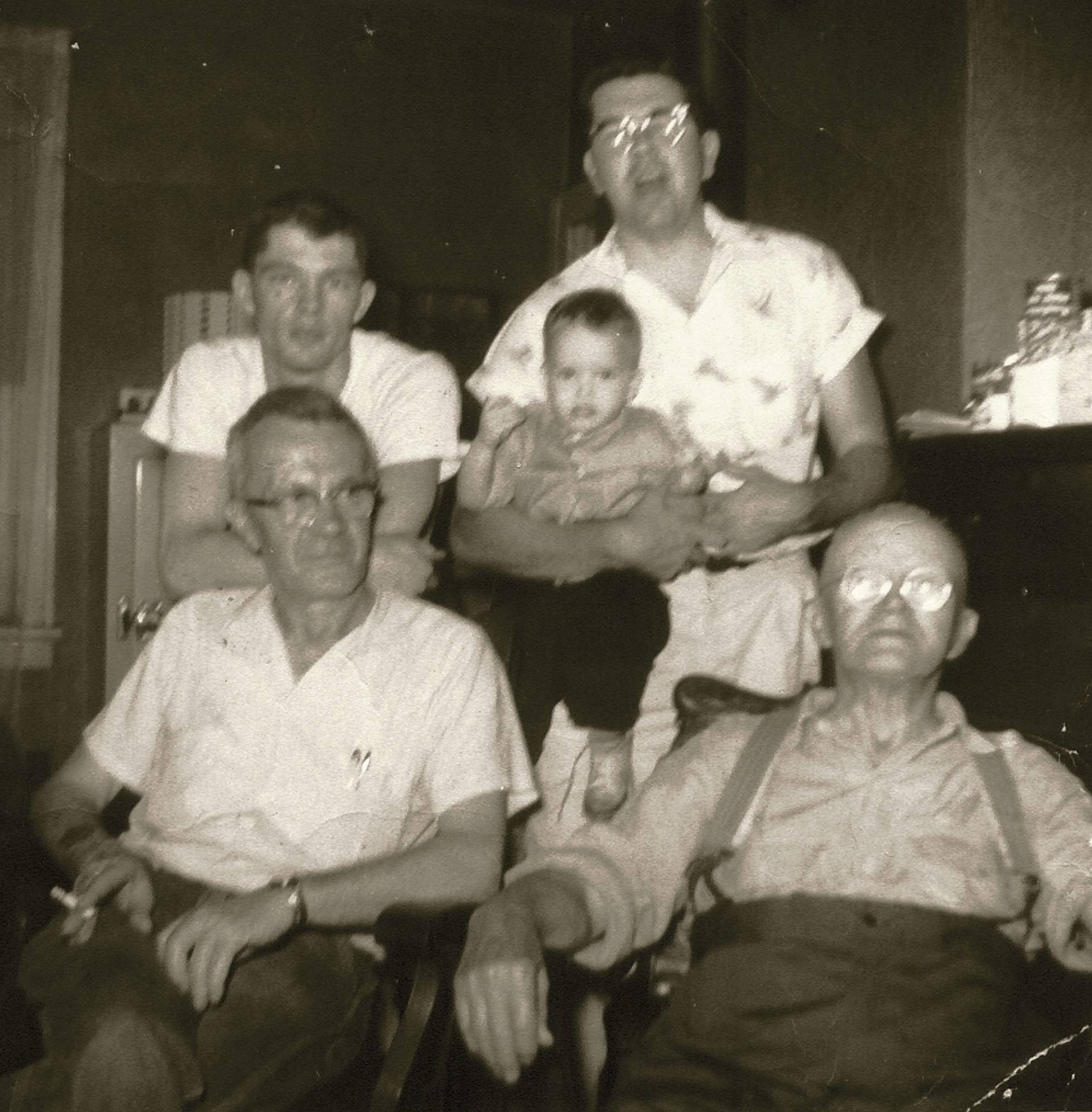 Considerable information was found on the web-searchable FamilySearch website, which is at the following address:

This information, summarized below, includes Phoebe and all three of her sons.

1880 Census Record of Henry Grimshaw and His Mother, Phoebe Grimshaw

Henry Grimshaw and his mother, both widowed, were living at the same address in Peoria, IL, with three of William’s children (Henry O., Eddie E., and Maud), as shown in the following records:

Image of entry from Ancestry.com (left half on top and right half on bottom)

1880 Census Record of John and Mary (Castrofe or Catsup) Grimshaw

John and Mary were living in Quincy, Adams County, Illinois with their children Jennie, William, Oliver and John in the 1880 Census.

Note that Olive, indicated as a daughter is actually Oliver, a son (see image below).

Census Images from Ancestry.com (ignore upper two entries). Left half on top and right half on bottom.

Noble Grimshaw was living in Peoria, IL with his wife, Jennie, and two children, Harry and Frank, at the time of the 1880 Census.

The census image is unfortunately not legible.

The marriage record for William and Parnel Sanders is shown below:

Phoebe’s Obituary was published in the Ironton Register on August 14, 1901 and is available on the “Lawrence Register” website. It is shown below along with the records of William C. Grimshaw’s death in 1870, and the death of William Henry’s wife, probably Cornelia, in 1905.

GRIMSHAW, MRS. PHOEBE—– I.R. AUG. 15, 1901
Mrs. Phoebe Grimshaw, who was perhaps the oldest resident of Ironton, died Thursday at the home of her daughter, Mrs. E. M. Saunders, of North Fifth Street. She was past 92 years. The dec’d was born in Greenup county, Ky., early in the last century and early in the forties married William C. Grimshaw, who died in 1872. They came to Empire Furnace, this State, in 1847, later they moved to Hanging Rock and then to Ironton. Except for 3 years spent with son in Illinois, Mrs. G. Was a continuous resident of Ironton for half a century. Four children survive: Mrs. E. M. Saunders, ex-Marshal, W. H. Grimshaw, and John E. Grimshaw, all of Ironton and N. B. Grimshaw of Augusta, Ky. Burial at Woodland.
GRIMSHAW, MRS. W. H.—– I.R. MAR. 30, 1905
GRIMSHAW, WILLIAM C.—— I.R. SEP. 08, 1870

Judi Gilker has found several additional obituaries, which are shown below:

GRIMSHAW Mrs. W. H. Grimshaw died about 4:30 o’clock Thursday afternoon, at her home on North Fourth street, after three days illness. Death was due to the rupture of a blood vessel. The news of her death came as a shock to her many friends, as but few of them knew of her being ill.

Mrs. Grimshaw’s maiden name was Stewart, and she was married to W. H. Grimshaw in March of 1883. She was a consistent member of Spencer M. E. church.

She is survived by a husband and three sisters, two of whom reside in this city, and the other at Beaver Falls, Pa.

Oliver C. Grimshaw, aged 36, son of the late Mr. and Mrs. John Grimshaw, died last night at the Keller hospital, shortly after nine o’clock, following a very brief illness of pneumonia. Mr. Grimshaw was employed as a moulder at the Foster Stove Foundry and was one of the best known men of the city. He had been employed at the foundry about fifteen years and was a splendid and efficient workman. His every acquaintance was a friend and the surprise and genuine sorrow occasioned by his unexpected demise was widespread and genuine.

Two weeks ago Mr. Grimshaw was taken ill with la grippe and was indisposed for several days but later returned to work. However he suffered a relapse and was taken to the Keller hospital last Thursday suffering with a severe attack of pneumonia. Everything possible was done to ward off the inevitable but in vain.

The deceased is survived by the following brothers and sisters: Mrs. Sam Brewster, Miss Ruth Grimshaw, Chester, of Pecos, Texas, John of this city and Walter, a railroader of Columbus. No funeral arrangements have been as yet been made but will be announced later.

An e-mail was received from Laura in December 2005 with considerable additional information on William and Phoebe Grimshaw and their family line. It is shown below.

I got this information from a researcher, Bill Tucker (I am giving you what he gave me verbatim).

For your information: the following families are listed in the 1840 Census for Greenup County, Kentucky.

NOTE:
William C. Grimshaw’s naturalization appears in Journal 8 page 280 and indicates the following: NATIVE OF ISLE OF MAN (this is England). He filed his Declaration of Intention to become a citizen in Scioto County, OH. He was naturalized in Lawrence Co Ohio on June 13 1854

The Death Certificate for Wm Henry Grimshaw indicated that he was born August 1, 1842 in Kentucky. Father: John Grimshaw. Born Isle of Man (this information provided by an Oliver Grimshaw. This is an apparent mistake. Mother P.K. (Phoeba Cain??) Born U.S. Burial in Woodland. Widowed.

William C Grimshaw died on September 2, 1870 at the age of 64 years and 2 days. The death record says he was born in Europe. There appear a very small notation of his death in the Ironton register on 8 September 1870.

NOTE:
Phoebe’s obituary indicates that she had lived with a son in Illinois. This might be the reason that you cannot find her in the 1880 Census. There are some family members buried in Woodland that indicate that they were born in Illinois.

Phoebe Grimshaw died on August 8, 1901. Her obituary appeared in the Ironton Register on Thursday August 15, 1901. In part the obituary states she was born in Greenup County KY. Early in the 40’s married to William C Grimshaw who died in 1872 (should be 1870). Came to Lawrence Co in 1847 residing later at Hanging Rock and then to Ironton. Identifies four children. Burial at Woodland cemetery.

I have copies of some obits and 2 death records.  I will get them scanned and sent to you soon!

It appears that William was the youngest child of Thomas and Catherine (Cowley) Grimshaw, who raised a large family on The Isle of Man. William would have been born about the time (1806) indicated for the christening in the descendant chart below, from the LDS Family Search website:

Cindy O’Brian has found an 1850 U.S. Census record of William’s older brother, John, age 49, living in Bushwick, Kings Co, New York with his wife, Jane (age 51) and two children, John and a sibling (Samantha or Catharine), ages 19 and 16, respectively. This census record is shown on a companion webpage as follows:

John and Jane Grimshaw were born on The Isle of Man and were living in Kings County, New York. He was 48 and she was 51; their children, John and Samantha, were 19 and 16 years old. John was born on The Isle of Man, and Samantha was born in New York. John was a toll gatherer. William Hurst (?), a laborer, was living with this Grimshaw family. [Author’s note: It appears that the daughter’s name, shown as Samantha in the 1850 census index, is more likely to be Catharine.]

Later it was discovered that William and John Grimshaw’s brother, Philip, was also in New York:

William and Phoebe Grimshaw are buried in Woodland Cemetery in Ironton, OH, as indicated by records shown above. Cindy O’Brien has taken photos of Phoebe’s gravestone and several of her and William’s descendants that are buried in the same cemetery (shown below). 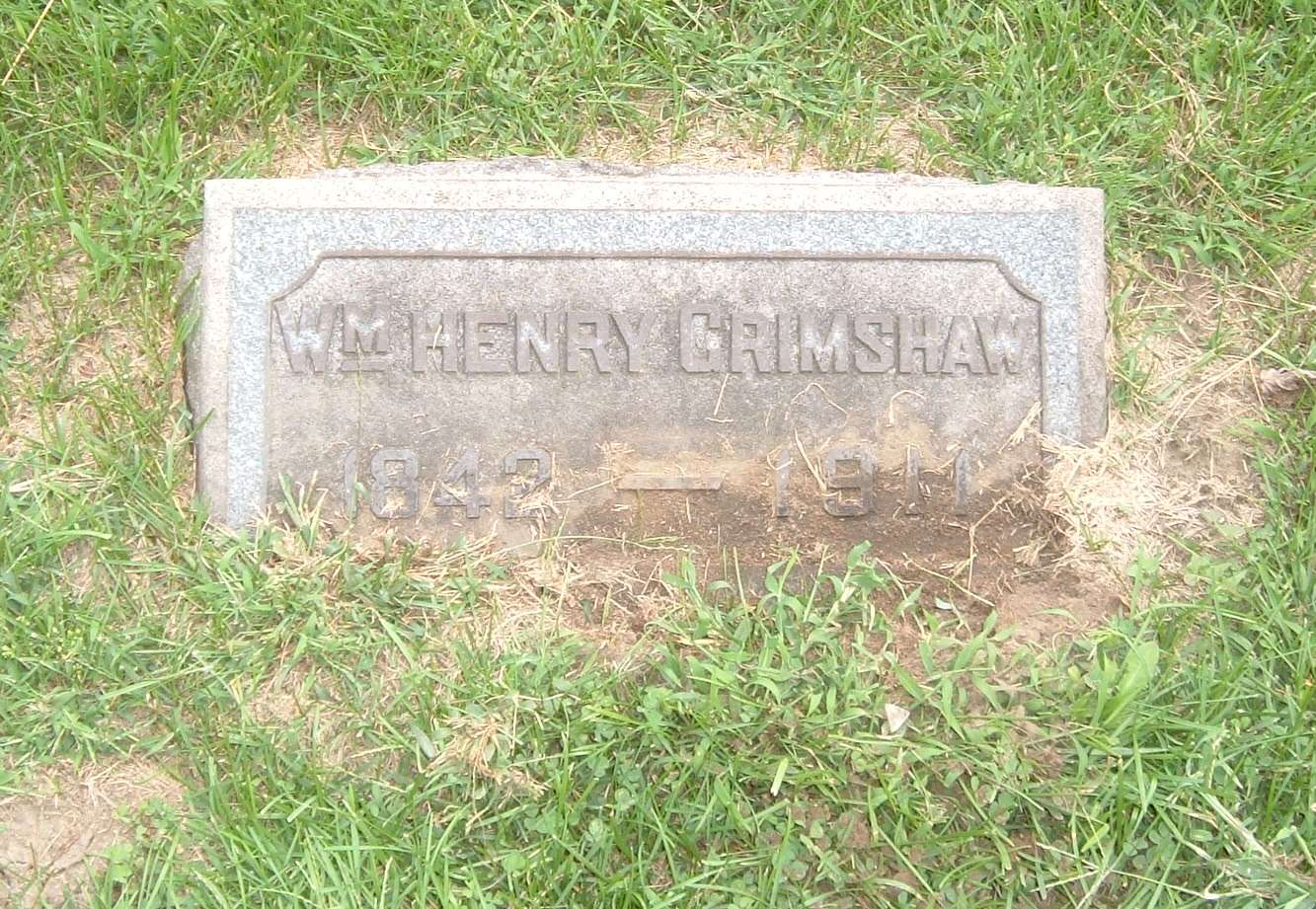 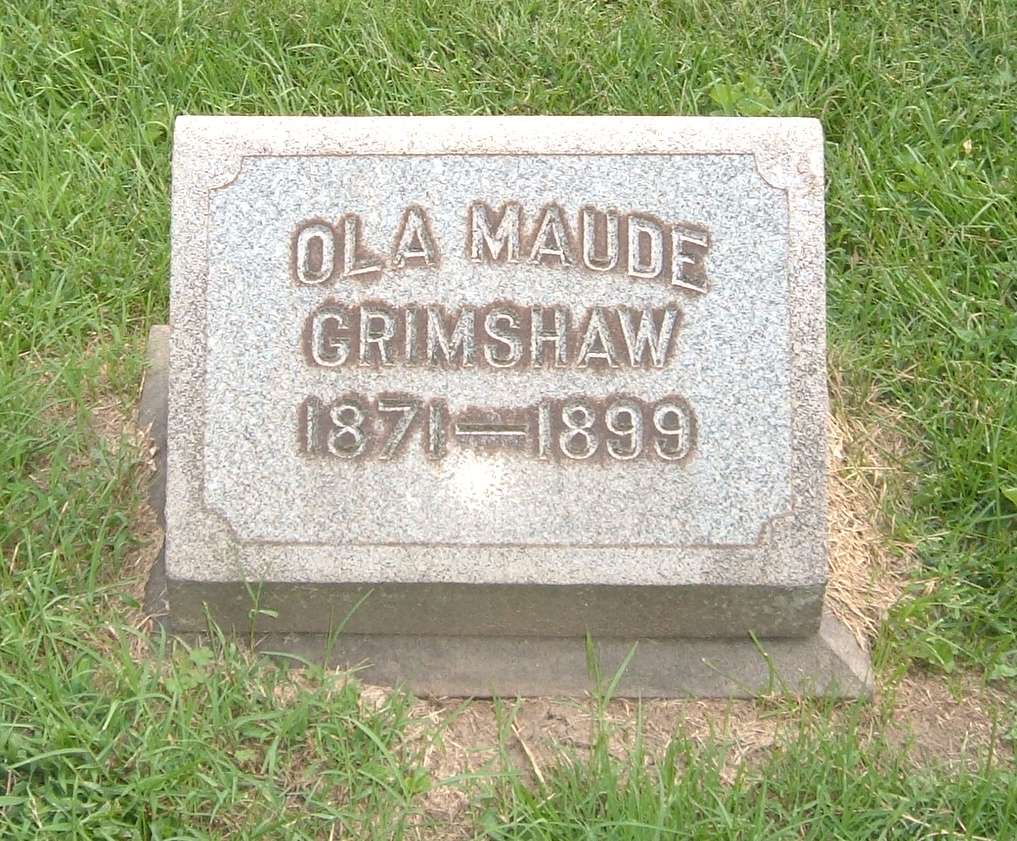 John E. and Mary (Castrophe) Grimshaw. John was the third child of William and Phoebe Grimshaw. Not visible in this photo is the entry “Mary Wife Of” on the front of her stone.

Samuel and Jennie (Grimshaw) Brewster. Jennie was a granddaughter of William and Phoebe Grimshaw.

Laura Van Alyne has also taken photos in the Woodland Cemetery; they are shown below. 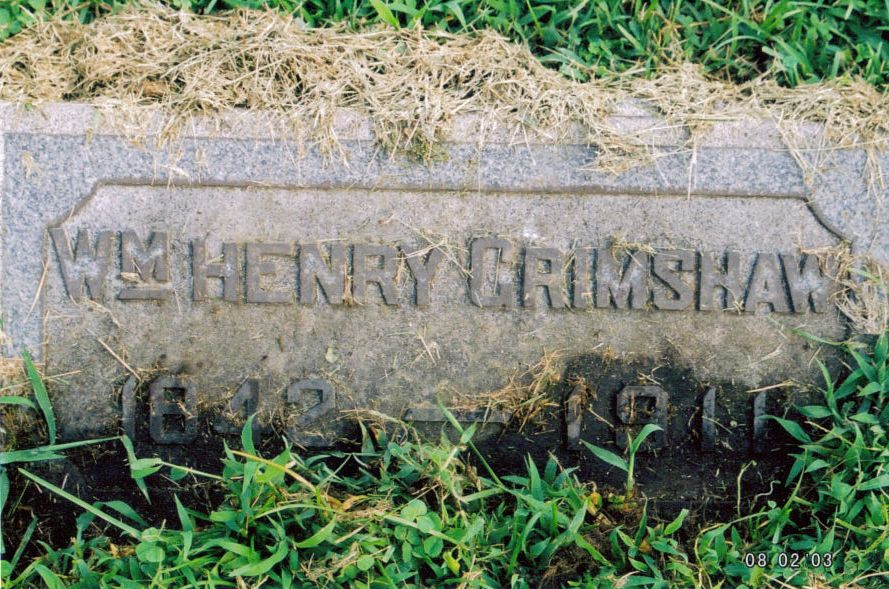 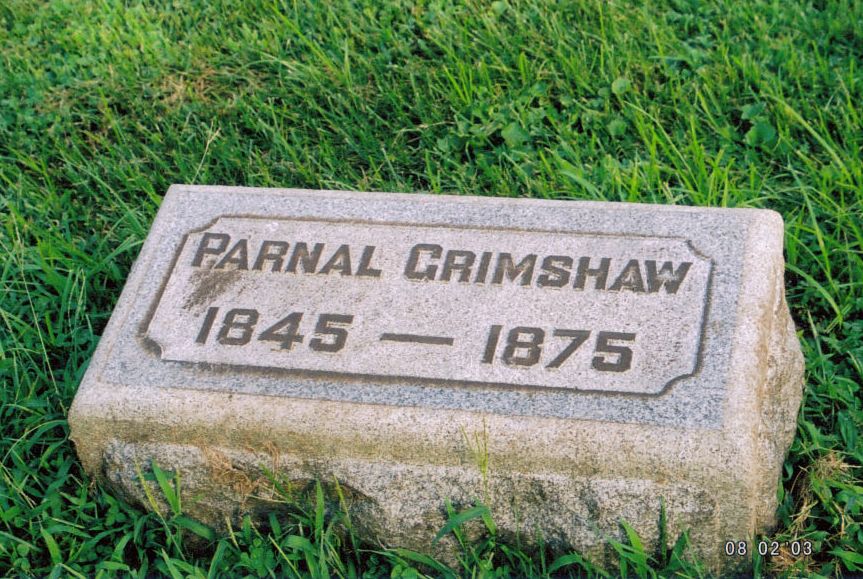 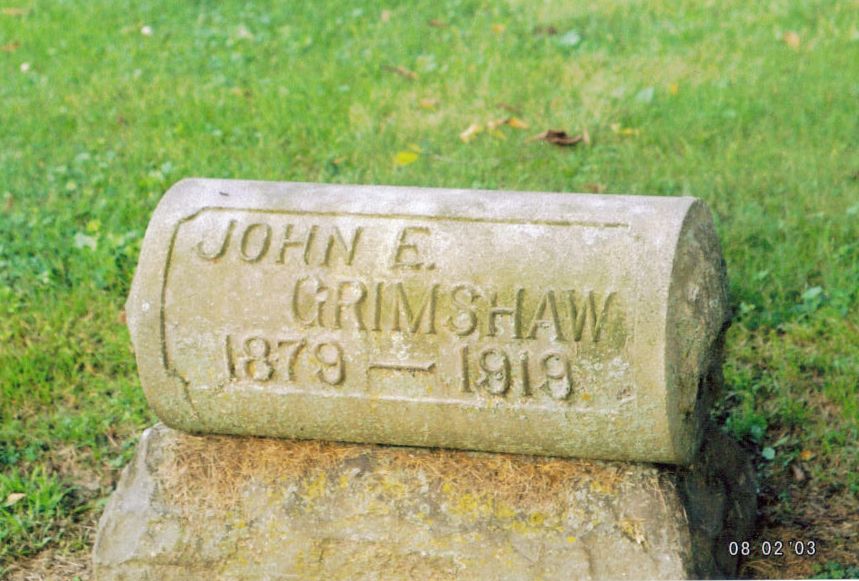 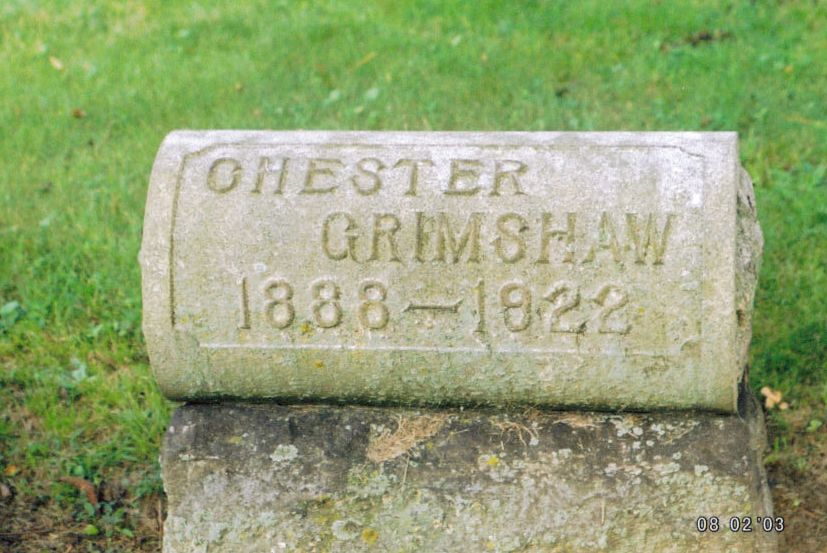