Immigrant to New Zealand Who Was Actually a “Grimason” from Ireland

Thanks go to David Grimshaw for providing the information on the internet that has been adopted for this webpage.

In 1984 I obtained, from Alexander Turnball Library in Wellington, a copy of the intention to marry of my great grandfather Robert Henry Grimshaw.

On Robert’s marriage certificate he gave his father name as John Grimshaw and his mother as Ann Grimshaw, nee Berry.

His Birth place was Armagh, Ireland.

Robert had given the following information:

Since Robert had married in 1884, I thought that, if I subtracted the seven years residence, I would have the year he arrived in New Zealand.

I wrote to the Auckland Public Library inquiring about Roberts probable arrival in 1877. In due course a negative answer came back, so I wrote to National Archives of Wellington.

Then I wrote to Verna Mossong of the New Zealand Genealogical Society, again without success, so I left Robert and his mysterious arrival.

In October 1984 I wrote to the eleven Grimshaws listed in the Ulster telephone book.

Dennis Grimshaw of Holywood, Co Down, was the only one to reply.

The Grimshaw surname being so rare in Ireland and his family having been in Ireland a long time he thought that it was probable that we were related.

His family formerly lived in CO Armagh, in the townland of Kilmoriarty (pronounced kil-more-errity) near Portadown.

He asked, One particular question which I would like to resolve is the link between the Grimshaw and Grimason surname in Ulster, as it has always been alleged that one name is a corruption of the other through local pronunciation and usage, but which is correct.

Late November 1984. I booked my flight tickets from Tauranga.

27 May 1985. I phoned Dennis to let him know that I was in Stranrar and would be on the first ferry the following day so that I could meet him at the Belfast Railway Station as arranged.

29 May. I started my research at the PRONI at 66 Balmoral Avenue. I requested the Portadown Microfilm, looking for any Grimshaw and Grimason entries, until I found a marriage entry for John Grimason and Ann Berry.

This I decided had to be mine as there was to much of a coincidence concerning first names and the brides maiden name.

I rewound the microfilm and started recording all entries concerning either surname, while doing this I came across the baptism of Robert Henry Grimason. At the end of that week I left Dennis a copy of what I had transcribed.

On my return to New Zealand in early July 1985, I asked Dennis to get a copy of John Grimason/Grimshaws will as this would be proof of the connection between the two surnames.

As a result of having given Dennis a copy of what I had transcribed, he was able to inform me that we are indeed related.

After moving to Auckland late January 1995, I planned on researching the hospital records for my great grandmother Maria Grimshaw formaly Lynch.

In the National Archives Auckland Regional office, having found what I wanted and having time up my sleeve I then started looking at other indexs, while looking through the Waikato Immigration Scheme index cards, just to see if any Grimshaws were listed, I found Robert H Grimmason ( see Grimshaw ). I had found my Great grandfather!

Robert arrived at devonport, Auckland, New Zealand, 14th February 1865 on the clipper ship Ganges, where the manifest shows him as Robert H Grimshaw.

His land grant show him as Robert H Grimmason.

The Southern Cross Daily passenger list of 15th February 1865 has him as Robert H Grierson.

Robert’s age on arrival in New Zealand was shown as nineteen years, agreeing with his baptism, however, when he married in January 1884 his age was twenty nine years, a loss of nine years!

When he died in August 1909, his age was shown as fifty eight, out by five years.

Just goes to show what a merry dance some of our ancestors lead us by giving incorrect information when it suits them.

His children spent most of their school life in the Helensville area before going to Auckland late 1901 and have disappeared, so here we go again!

I am now on the Internet and have found more interesting stories relating to the Grimason and Grimshaw names, which I hope to share with you later.*

Note 1: All words in Italics have been added to this article as corrections to that originally published.

Note 2: 2007 discovered that Robert Henry Grimason was still using the Grimason surname in 1876 see News Paper account that I found. 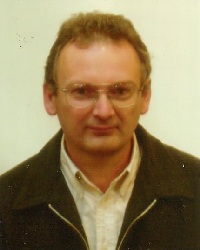 I am David J Grimshaw and I live in New Zealand.

I have been a member of the New Zealand Society of Genealogist since 1984 and got my first computer in 1985 which was a “Commodore 64”, my first Genealogy program was “Family Roots” put out by “Quinsept” since then I have moved on to an “IBM” compatible “PC” and now use a range of software as most family researchers have a habbit of doing.

The reason why I am researching the GRIMASON surname is that my Family is actually a GRIMASON family.

My Great Grand Father ( Robert Henry Grimason) adopted the GRIMSHAW surname and so did a number of other family members some of whom have remained in Ireland.

I have been able to prove this beyond a shadow of doubt.

I have gained a reputation of being able find out things about the family that even that branch of the family in question do not know about.

Some even refer to me as “Sherlock Holmes”.

In a number of cases I have been able to put family members back in contact with each other.

I have even published a story about my quest concerning my Great Grand Father.

To find out more about The Berry line of the Grimason family which I belong to you will need to contact me.