Progenitors of a Grimshaw Line in the Northeastern U.S.

John Grimshaw immigrated from Manchester, England and apparently married Jane Seavey after arriving in the U.S., as she was born in Portsmouth, NH. They had two children – Frances Ella Grimshaw (married James Stone) and Charles Augustus Grimshaw (married Sarah Halkard). The family apparently remained generally in the northeastern U.S., with the exception of one grandson who moved to Texas. Jane (Seavey) Grimshaw is buried in Portsmouth, NH. It appears that there are no Grimshaw descendants from this family line, as the only grandson (Fred) had no children.

Record of Frances Grimshaw, Daughter of John and Jane, in the AGBI Listing of Grimshaws

Photos of Ada Grimshaw and Her Family

Thanks go to Deborah Lundbech for providing the information that has made this webpage possible.

I am writing to you with information about the Jane Seavey branch of Grimshaws.

Some of the information I have is from a descendent of Jane’s (my husband’s grandmother) who applied to the Daughters of the American Revolution in the 1920s. With the documentation she sent in, we can go back a long way from Jane if you are interested in that.

The 3 Johns that you cite are not Jane Seavey’s husband. She was married to a John Grimshaw who was born 08 Nov 1825 in Manchester, England. They had 2 children (possibly 3). Frances Ella was born 04 Dec 1851 in Newburyport Mass. She is the one that married James Stone that you already have recorded. Their
other child was Charles Augustus born 23 June 1857 in Claremont or Charlestown, New Hampshire. He married Sarah Halkard born 06 Nov 1858 in Providence, Rhode Island. They had 2 children — Ada May born 03Aug 1883 and Fred born 30 March 1890. Ada May Grimshaw married Ernest Illingworth born 18 Aug 1884, and they had two children – May (known as Jill) and Joan (known as Joanne). Joanne was my husband’s mother. She married Ronald King born 1922 and had three boys – Christopher Illingworth King, Brian Ericson King and Peter Grimshaw King.

I married Brian in 1982 and have four boys, Colin, Gabriel, Owen and Max.

A note of interest – Fred Grimshaw lived most of his life in Texas but died on a visit to Massachusetts in the 1960s I believe. His wife was Frieda or Freda and I believe she died in Texas in the 80s or 90s. I don’t believe they had any children.

Hope to hear from you with questions, comments or more info – I have not taken in all there is on your web-site yet!

I should have noted that at some point the Halkards moved from Providence to Charlestown/Claremont and then to Weathersfield,Vermont. In the 1880 census Charles Grimshaw is living with his wife’s family in Weathersfield and both he and his father-in- law are working in a cotton mill. Ada May Grimshaw was born there in 1883 and then at some point the family moved to nearby Perkinsville, Vermont and then finally to Springfield, Vermont where Ada married and lived next door to her parents, Charles and Sarah Grimshaw, for the rest of their lives.

I have some great photographs that I will try to get to you soon. I am also working on transcribing a wonderful diary that Ada kept from 1915 to 1919. It’s an incredible historical record of a middle-class American woman, her town and an era.

By the way, Fred and Freda Grimshaw lived in Llano, Texas.

From a companion webpage…

The AGBI1 is one of the standard references for genealogical and biographical information in America. Volume 68 of the AGBI contains 30 Grimshaw listings. Some of these listings comprise more than one reference to the same individual. This webpage presents the references containing the 30 Grimshaw entries and, where possible, makes connections to Grimshaw immigrants and their family lines. Please contact the website author (see homepage for contact information) if you have additional information on any of these Grimshaws!

Two Grimshaws are recorded in this reference:

Frank Hubbard, b. in Weathersfield, Vt., 27 Nov. 1881; lived in Spring field and Bellows Falls, Vt., until abt. 1910 when he removed to Laconia, N.H., where he is a cost estimator for the Laconia Car Company and has held the office of selectman

Gertrude Annie, b. in Springfield, Vt., 12 Apr. 1885; graduated from Boston University in 1909, and is a high school teacher in her native town.

The following images were found on Google Books for the above reference. 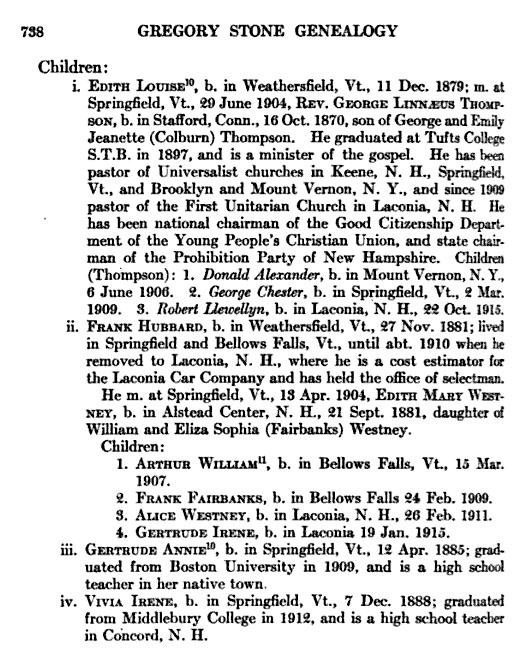 Based on the information above….

Thanks again to Deborah Lundbech for providing the following photos. 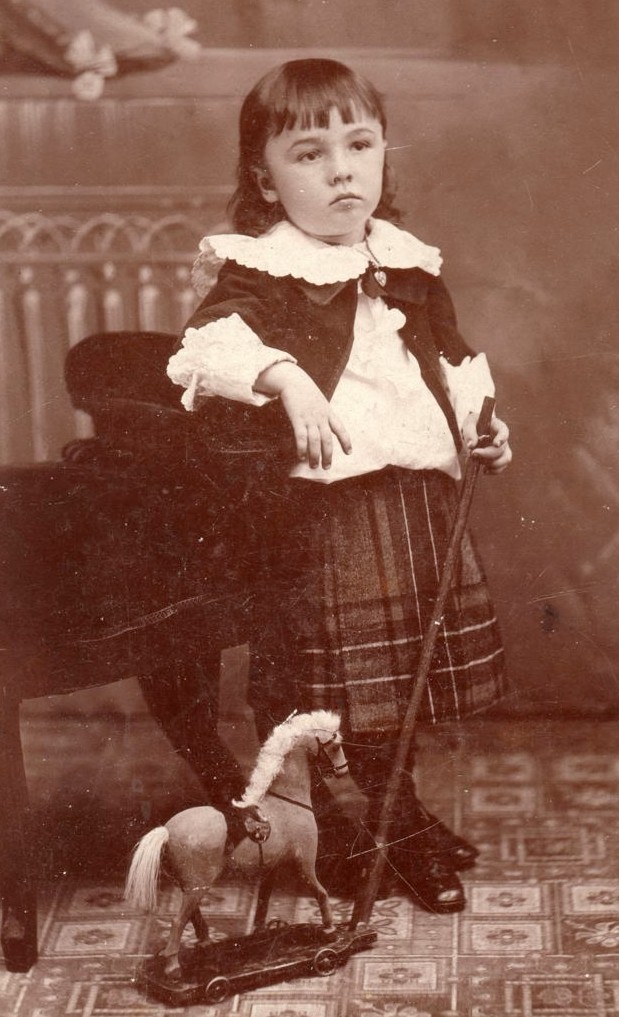 Ada Grimshaw and Friends (Ada in Middle in First Photo, on Right in Second) 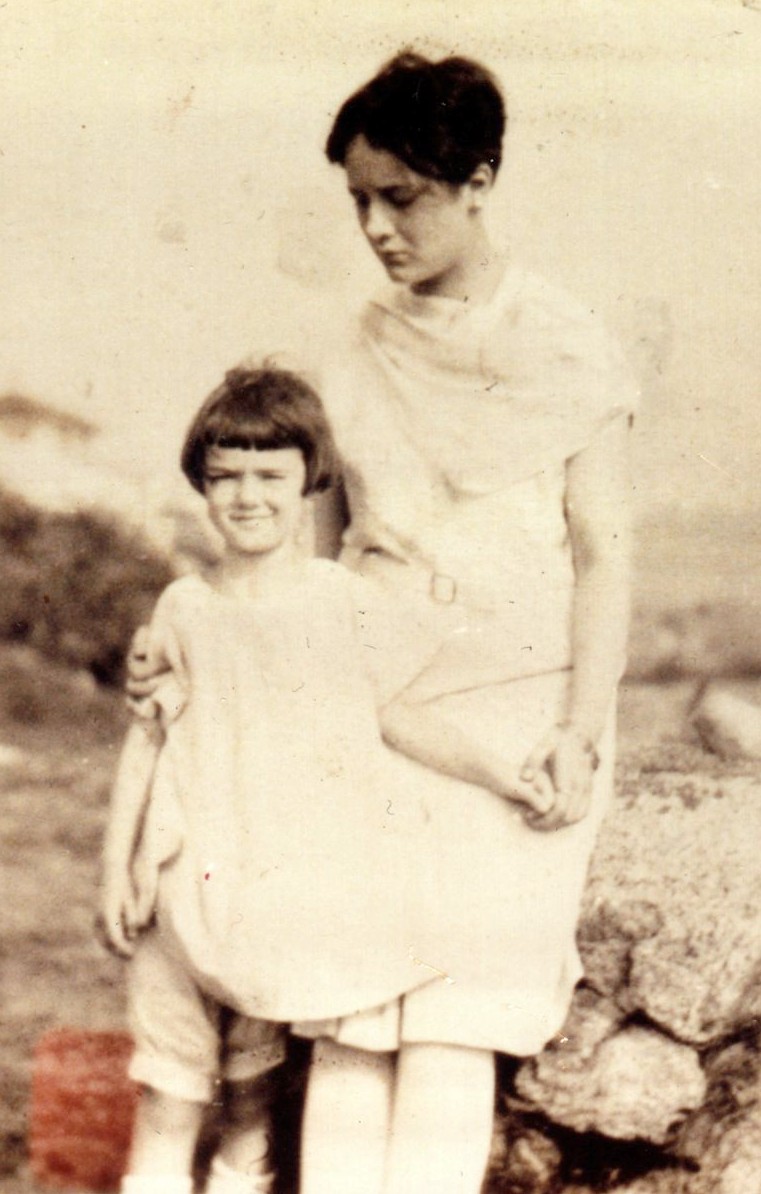 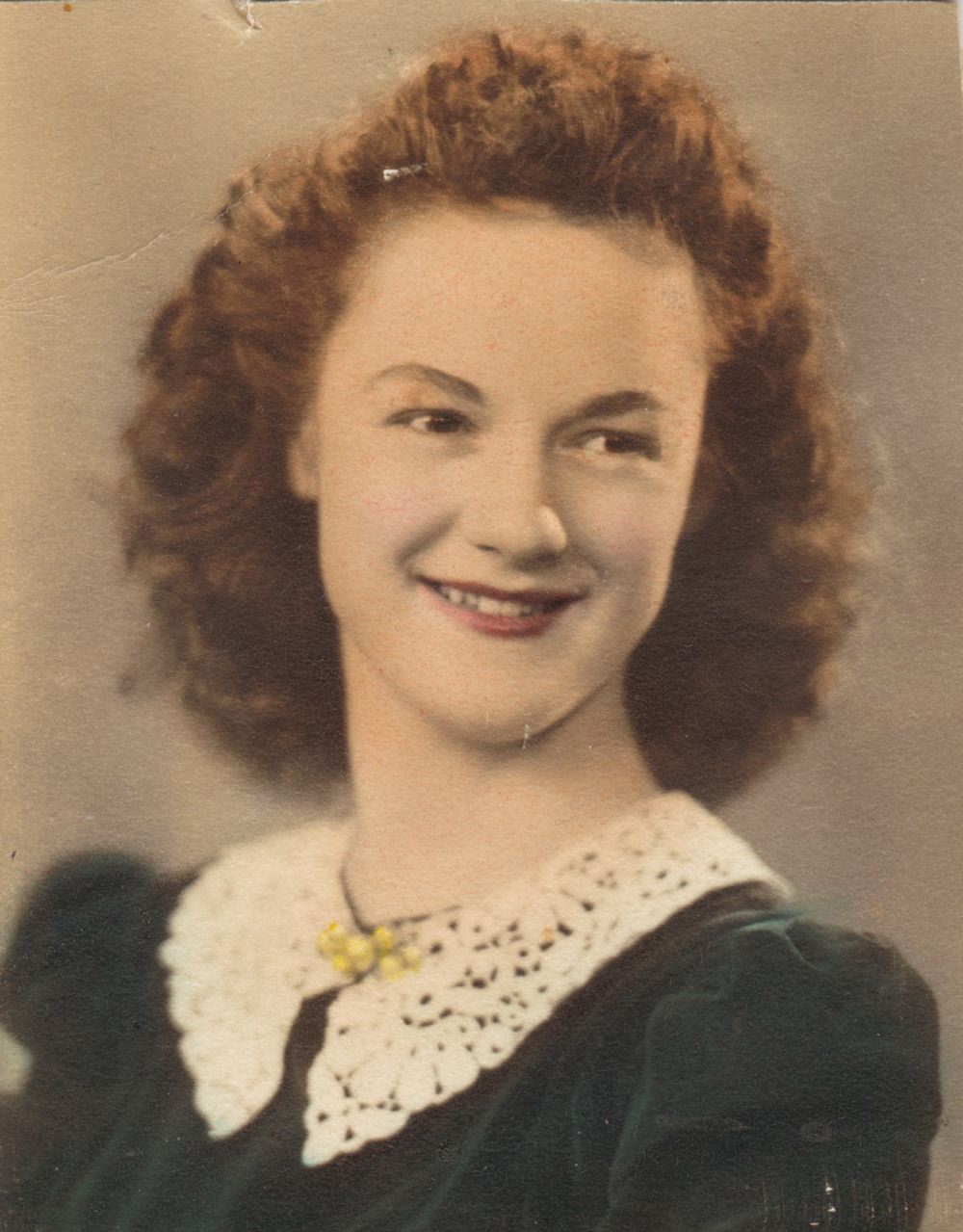 A photo of Jane (Seavey) Grimshaw’s headstone has been found on the following website:

The picture is shown below, followed by a description of the cemetery where it is located. The gravestone behind Jane’s appears to be that of another Grimshaw, but there is not enough of it visible to identify whose. 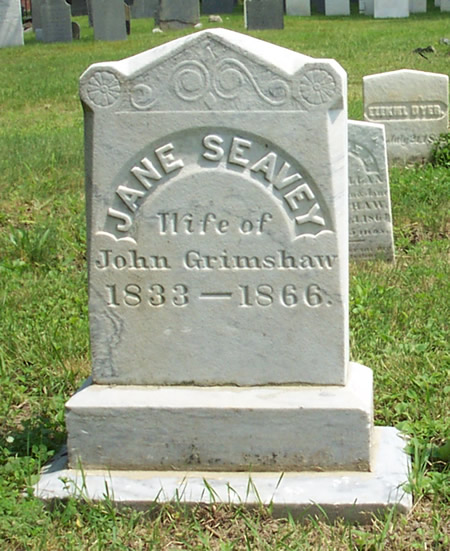 The Old North Cemetery is on Maplewood Avenue in Portsmouth next to the train yard and across from the Portsmouth Herald building. It was established in 1753 on land purchased from John Hart and is the second oldest burying ground in the city. Many historically significant people for the state of New Hampshire and the Revolutionary War rest here including General William Whipple (a friend of George Washington and General during the Revolutionary War), Hall Jackson, Prince Whipple, and Governor John Langdon. There are currently 468 entries for this cemetery.