Hugh and Elizabeth (Burroughs) Grimshaw apparently immigrated to the U.S. from Manchester, England in 1811 or 1812. They arrived through the port of Philadelphia and settled in Salem County in southern New Jersey, south of Philadelphia. They had at least three children.

Census Records for the Hugh and Elizabeth Grimshaw

Information has been assembled from several sources to put together a partial descendant chart for Hugh and Elizabeth Grimshaw as shown in Figure 1 below.

Looking for descendants of Henry Cooper Grimshaw b. Nov. 15,1858 of Harrison Twp, Mullica Hill, married Adaline C. Ridgeway b. Dec. 17,1864. Henry and Adaline lived on Woodland Ave., Mullica Hill. Henry’s father was Hugh Grimshaw born 1835, married Rebecca Rierson, she was born in 1838. This is all I know about them. Adaline’s parents were William S. Ridgeway and Mary Elizabeth Chattin. I have plenty of info. on William, but only a year of birth for Mary, which is 1833. Would love additional info on Mary Elizabeth Chattin. Will share info on Wm. Ridgeway, info goes back to 1700’s in England. Thank you.

Would like to share any other info on this line of family. Henry was my Great Grandfather.

When Ed Grimshaw sent out an inquiry to other Grimshaws in 1979 (see companion webpage, no. EAG-23,) Christopher Grimshaw responded with included a very nice hand-written ancestor chart. Chris letter that accompanied the chart is shown below.

Dear Ed Ive enclosed what I know of my fathers family. Cant see where it ties together in USA but perhaps you can find an English connection. If you receive any info that relates to my family tree please advise me. Also I will reimburse you for a listing of the Grimshaws that live in New Jersey. That listing would be of significant help to me. Keep me advised, please of how you progress.

The following descendant chart has been prepared using the handwritten chart provided by Chris in his response to Ed Grimshaws letter of inquiry.

Oliver Grimshaw received his M.D. from Hannemann Medical College, Philadelphia, in 1890. He taught school before becoming a doctor.

John Oliver Grimshaw received B.S. and M.S. degrees in Architecture from The Pennsylvania State College. He was a member of AIA in Florida. He was a Lieutenant, Junior Grade, during World War II and circumnavigated the world in a U.S. Liberty Ship.

Christopher Kieper Grimshaw received his B.S. degree in Business Administration from The Pennsylvania State University. He has a CPA in Maryland and Florida. He was a Corporal in the U.S. Marine Corps.

A companion webpage provides information on Grimshaw immigrants that is readily available in the public record. Two Hugh Grimshaws came through the port of Philadelphia just a few months apart. One (or possibly both) of these individuals is undoubtedly the one who arrived with his spouse, Elizabeth, and family as it existed at that time. The records are reproduced below for convenience:

Hugh was the second Grimshaw recorded as arriving at the Port of Philadelphia based on baggage lists (Isaac was the first) The record appears in the reference (Tepper and Bentley, p. 278) as follows:

It indicates that Hugh arrived at the port on the ship “Little George Eyre” on December 20, 1811.

This Hugh is no doubt related to the Hugh Grimshaw who arrived just seven months earlier (shown above). His record is as follows in the reference (Tepper and Bentley, p. 278):

It indicates that he arrived at the Port of Philadelphia on the ship “Fox” on July 24, 1812 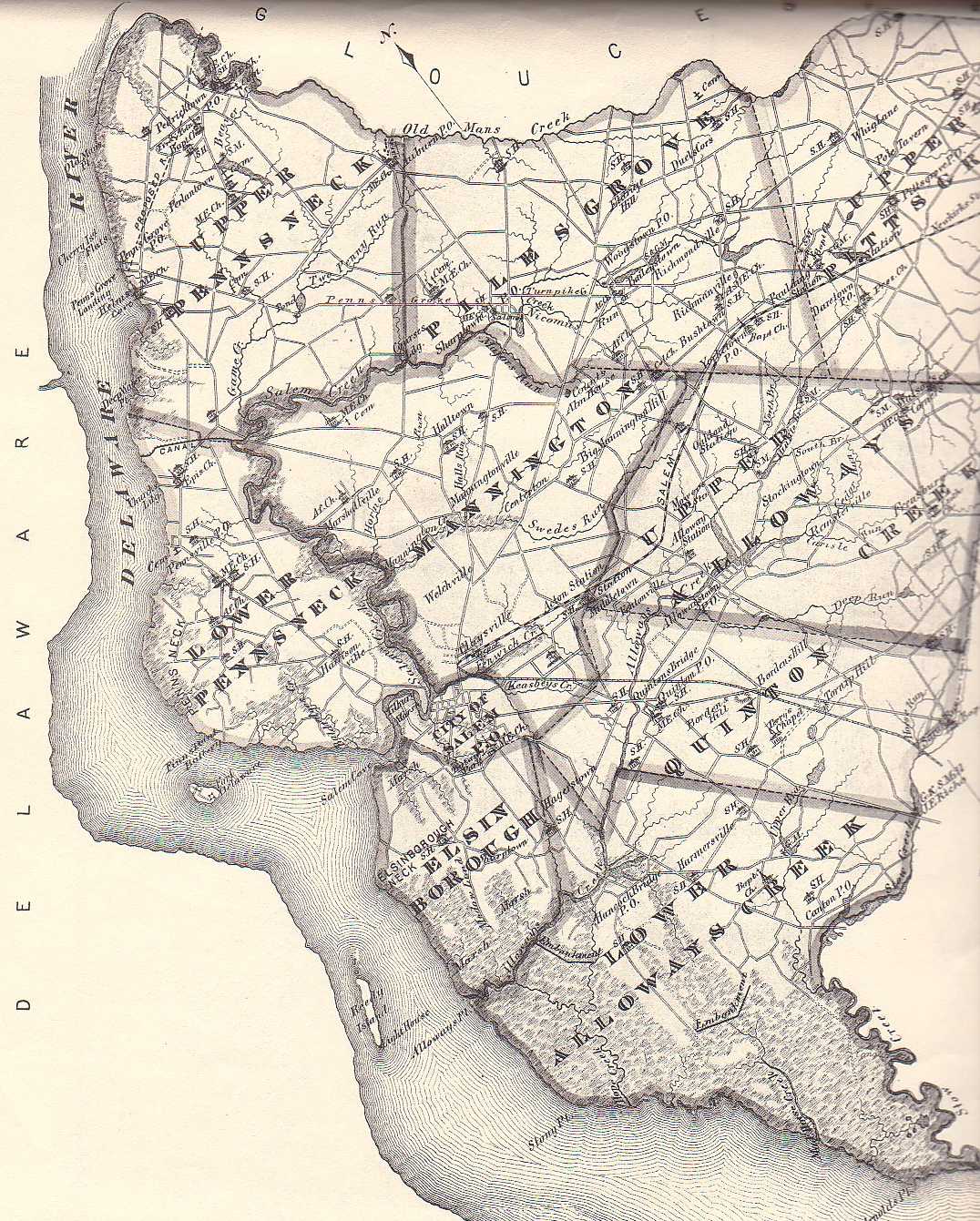 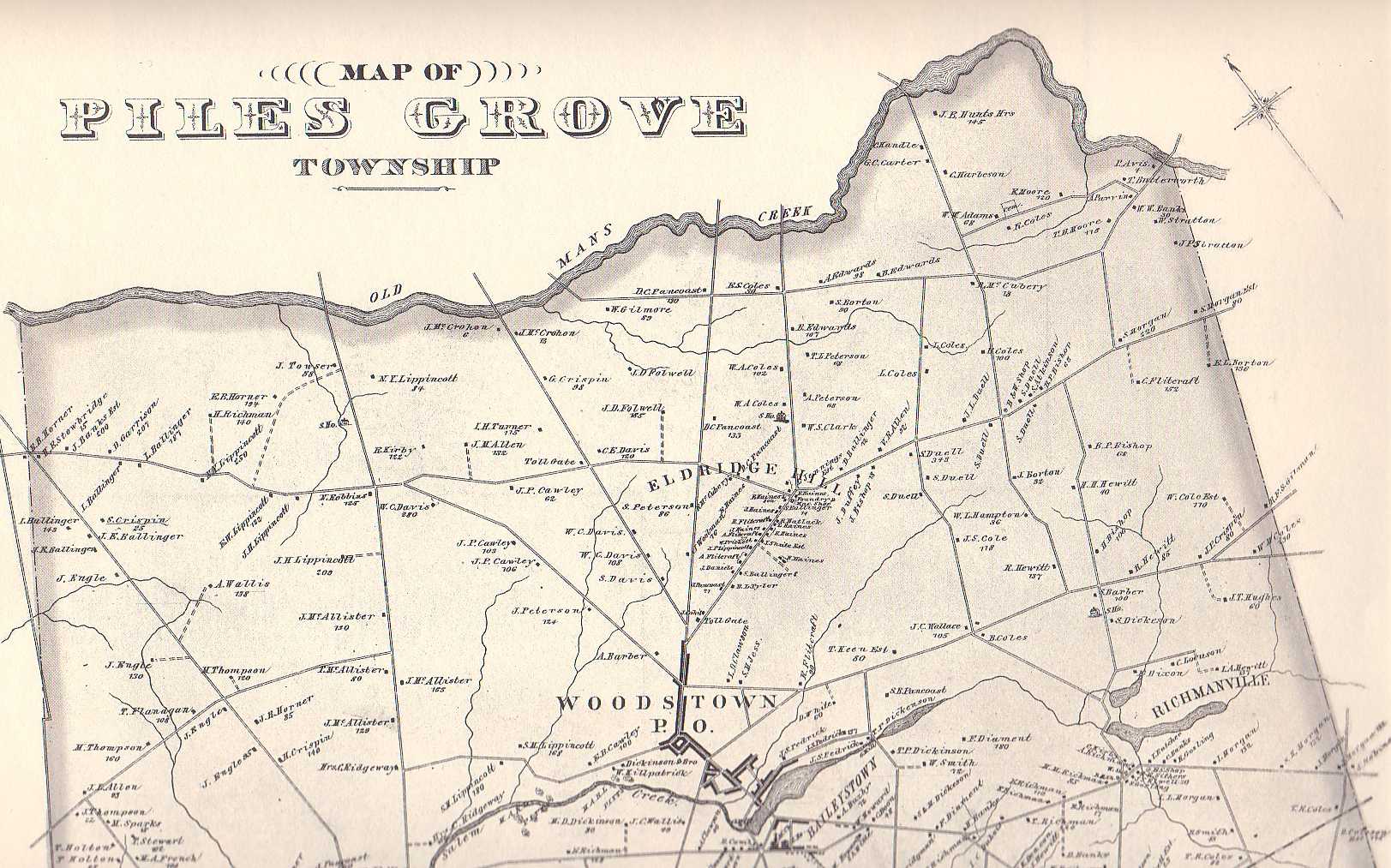 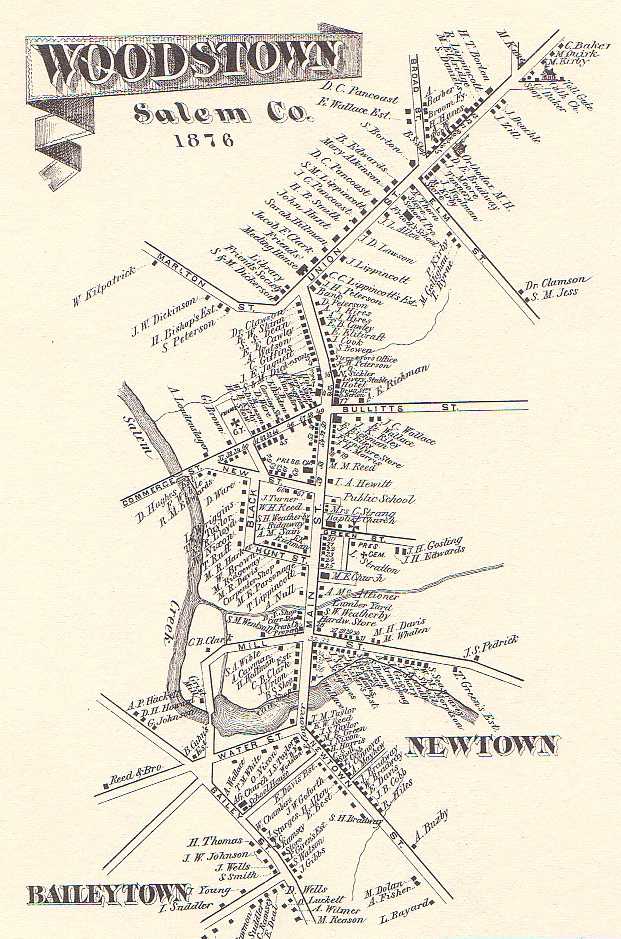 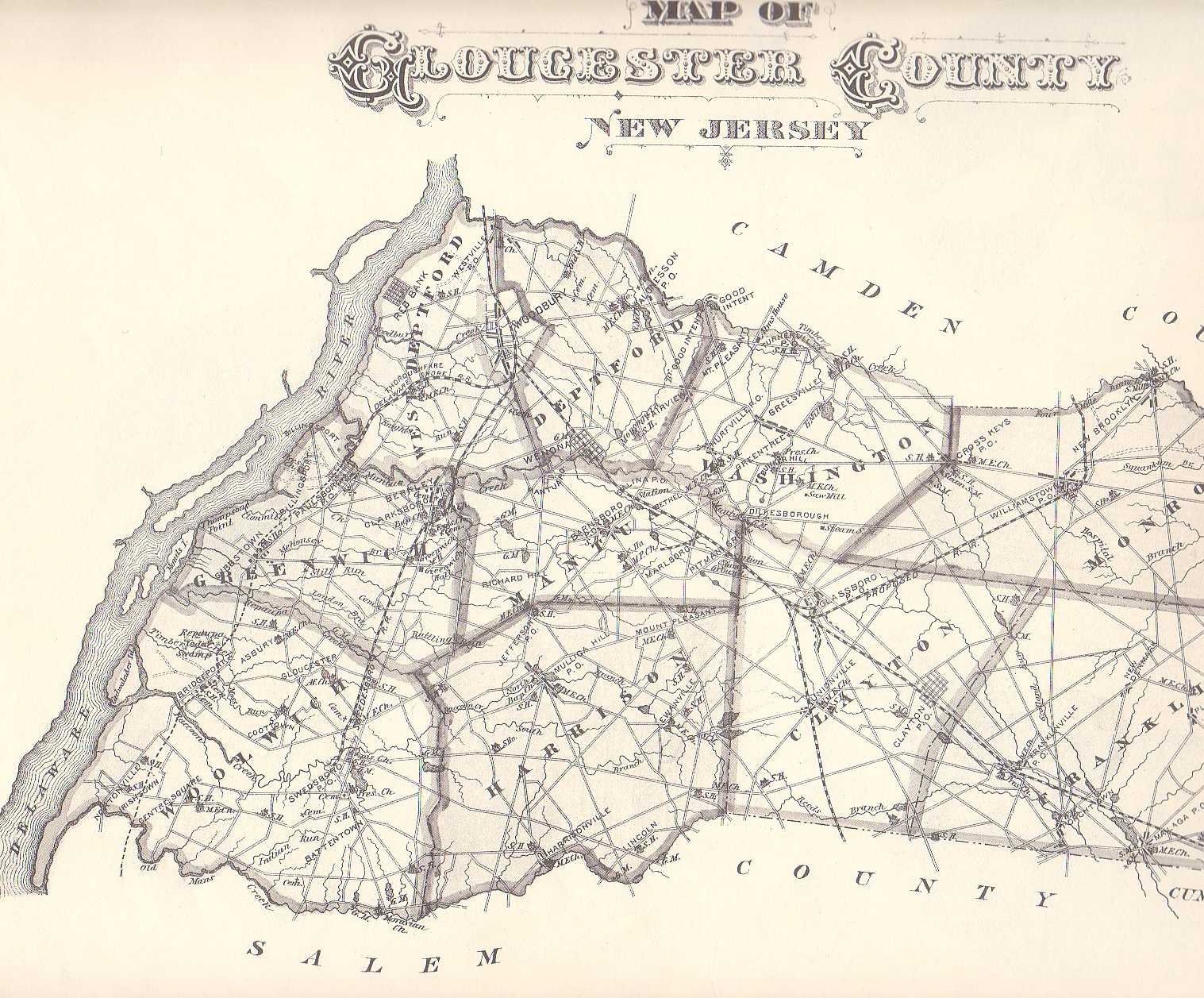 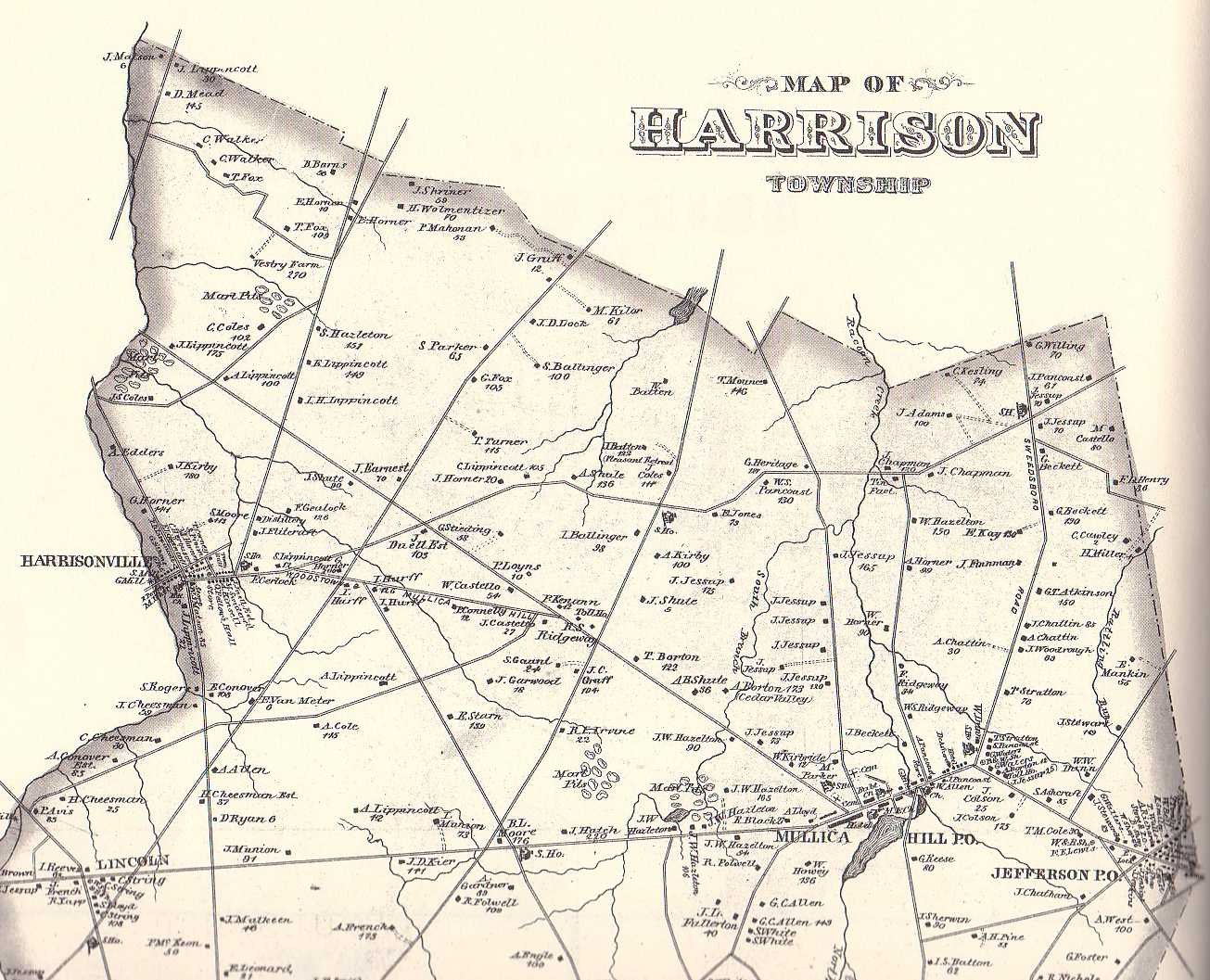 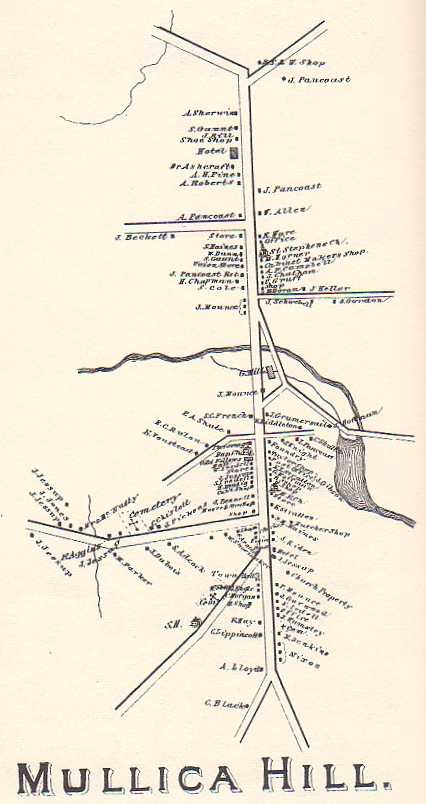 The presence of the Hugh Grimshaw family in Gloucester County is recorded on the website of the Gloucester Historical Society  a search for marriage records turns up the following results:

A very complete biography of Dr. Oliver Grimshaw (Brown1, p. 174-175) has been found in the New Jersey State Library and is shown below. A copy (but not including bibliographic information) was also included in Christopher Grimshaws response letter to Ed Grimshaw’s inquiry (described above.) The biography is shown below.

Among the younger professional men of Goucester county none has attained a higher standard of excellence or a greater degree of success than the physician who is the subject of this review, and who has been a resident of Swedesboro ever since he entered upon his professional career.

Dr. Grimshaw was born in Woodstown, New Jersey, December 18, 1860, and is a son of Hugh and Rebecca (Pierson) Grimshaw, both natives of Gloucester county and of English descent. At an early period in the history of this country his ancestors engaged in the manufacture of woolen goods in Birmingham, England, whence the grandfather of our subject removed to Gloucester county in the beginning of the nineteenth century, locating at Mullica Hill, but soon afterword removing to Harrisonville.

When the Doctor was a year old his parents took up their residence in Mullica Hill, where he acquired a good common-school education. In 1878 he began teaching and for several years followed that calling, in which so many of the prominent business and professional men of this land have begun their career. He subsequently matriculated in Hahnemann Medical College, of Philadelphia, at which he was graduated in 1890. On the completion of his professional course of study he located in Swedesboro.

Dr. Grimshaw was married November 17, 1892, to Miss Mary Miller Ford, a daughter of George T. Ford, of Swedesboro. They have two beautiful children, Marion and Edith, and have a charming home, in the central part of the town, one of the finest residences in the place. In politics the Doctor is a Republican, and while not a politician he takes an active interest in the success of his party. He is a member of the board of education of the Swedesboro district, and believes in securing the very best talent available to train the youthful mind.

A record found in the Carnegie Library in Pittsburgh indicates that Oliver died by his own hand through self-poisoning. The reference has been temporarily misplaced and will be included when it is found.