Originally from Cockerham, Lancashire, and Immigrants to Nebraska 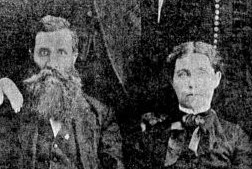 They (James and Elizabeth) immigrated to the US on the Ship, NEW WORLD, arriving in New York, Sept 27 1850.

The 1870 US Census for Logan Creek, Dodge County, Nebraska show:

All girls except the oldest and youngest. Two oldest daughters probably absent; boys are likely Edward and James Grimshaw, Jr. Young James would be the future U.S. Forest Ranger described below. 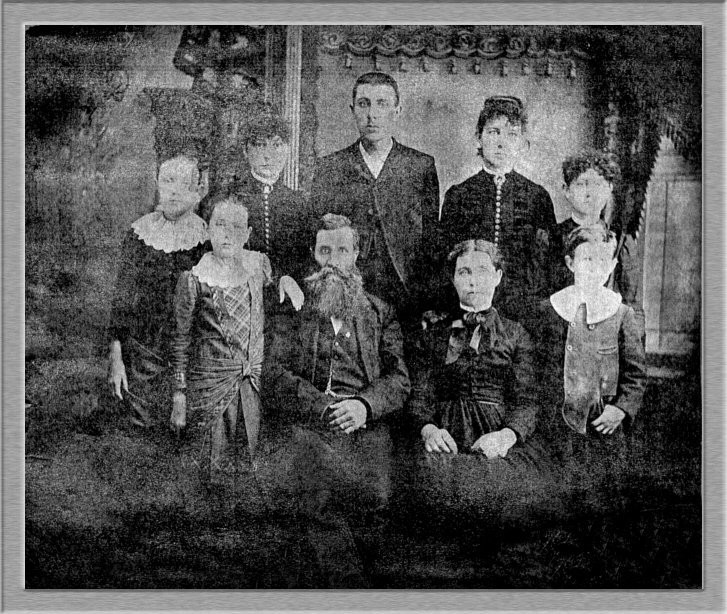 From the original photograph belonging to Mrs. Dora E. Chamberlain, whose husband, Captain James H. Chamberlain, long served aboard the ship. Certainly this is one of the first photographs of a tall ship ever taken. 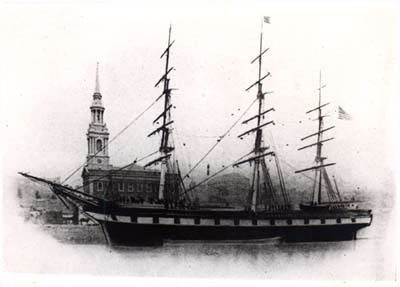 Grandson of Elizabeth and James Cayton, the immigrants.

Photos from above two resources shown below News Release that follows.

Within rough spruce cabin walls lie the legacies of early forest ranger James Cayton, the young National Forest he sought to protect and the people he served.

The Cayton Guard Station lies on the edge of the White River National Forest near in the Divide Creek area near Silt, Colo. It is one of the oldest ranger stations in the U.S. It was the administrative post for James Cayton, one of the original Forest Rangers.

James and Adelaide Birdie Cayton finished building the log cabin by hand in 1910. The station was named the Johnson Spring Guard Station until it was later named in James Caytons honor. Birdie was a teacher at Fairview School near Silt and a daughter of a local rancher.

They had no big machinery, no big crews, Dave said. They lived in a tent and worked together, shoulder to shoulder, to build the three room log cabin.

As an early Forest Ranger, James administered grazing permits, distributed fish and game licenses and fought wildfires among his duties on what was then the Battlement National Forest.

He would head out on his horse and [with] his tent, Dave said. Wherever he was at nightfall, he camped. Hed often be gone for several days. His pencil and ink cursive trailing along the pages of his journals tells of interactions with ranching families, some whose descendents are still in the area.

Frank M. Starbuck is a rancher whose roots are intertwined with the Cayton story. Starbucks father homesteaded on Divide Creek, about three miles from the Guard Station. He received one of the first permits to graze cattle and horses on the White River National Forest.

Starbuck rode with James, stayed at the Guard Station and had meals with the Caytons. Starbuck also attended business meetings between The Forest Service and permittees at the station.

James was friendly, but Jim was firm, he didnt talk much, Starbuck said.

In 1919, James and Birdie moved to California. When they returned to Colorado in 1921, James became the District Ranger on the Rico District of the San Juan National Forest. A campground there is named in his honor. James retired from the Forest Service in 1939 and moved from Rico to Rifle.

When James and Birdie moved to Rifle, they lived in the building that is now Karyletts Country Store on East Avenue and James became the Justice of the Peace. James lived in Rifle until his death in 1956.

After more than10 years of research and seeking funds, the Forest Service completed a historic assessment through an architectural contract. The structural integrity of the guard station and critically needed repairs were described, including stabilizing the foundation.

Approximately $25,000 will cover the costs of critical repairs.

Hopefully, well be able to do some of the critical repairs next July, Brogan said.

Other repairs will be completed as they are funded.

The Forest Service is nominating the Cayton Guard Station for listing on the National Register of Historic Places. Listing on the Register means that a site is eligible for federal funds and recognition of its historical significance to the nation, state or community.

The site is an excellent candidate for the historic register because of its incredible shape, original setting and its construction during a critical era of Forest Service history under President Theodore Roosevelt, according to Brogan.

The Forest Service will learn if the site is accepted for listing on the National Historic Register by February 2005, the same year the Forest Service and the town of Rifle will celebrate their centennial years.

The Cayton Guard Station will be the New Century of Service centerpiece because it embodies Forest Service history, Silvieus said. Cayton was the first ranger on one of the first national forests.

Once the building is restored, user opportunities abound.

Its really critical that a building is lived in, Brogan said. It keeps it alive.

There are several trails near the station, including the Sunlight to Powderhorn trail, a groomed snowmobile trail. Cross-country skiing potential lies in the surrounding area and the cabin could be rented to horseback riders or hunters.

The station could also be a meeting center or a place to get away from busy city life.

Theres a ton of potential for the station, Silvieus said.

Dave said the cabin should not be an untouched relic behind a chain link fence, but an interactive historic legacy and that makes you feel like youre at a Ranger Station in 1910.

The Forest Service has several partners in the Cayton project.

Weve got wonderful partners, both in service and externally, Brogan said.

Dave Cayton was responsible for instigating the project and pulling it together, Brogan said. Birdie Cayton donated her personal collection of documents and photographs spanning 1908 to 1968. The collection includes historical photos, letters, diaries, newspaper clippings and maps which relate to the Forest Service, the Cayton and Miller families and Colorado and U.S. History. These records are part of the National Historic Register application and some may be displayed in the restored cabin. For now, they are being kept at the Rifle District Ranger Office.

The White River Interpretive Association or WRIA will handle donations for the project.

We are well on our way to celebrating this place and sharing it with the community, Brogan said.

If you have story to share about James or the station or want to help with funds, contact WRIA Director Marcia Johnson at (970) 963-8071. 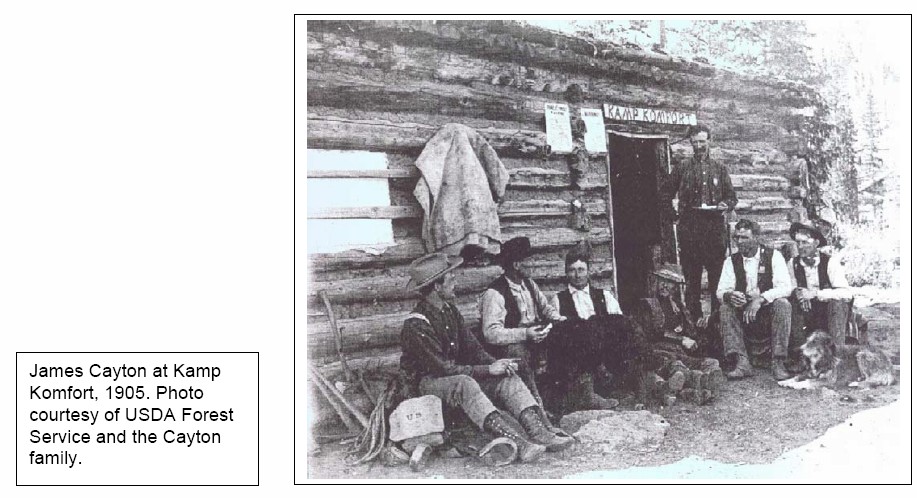 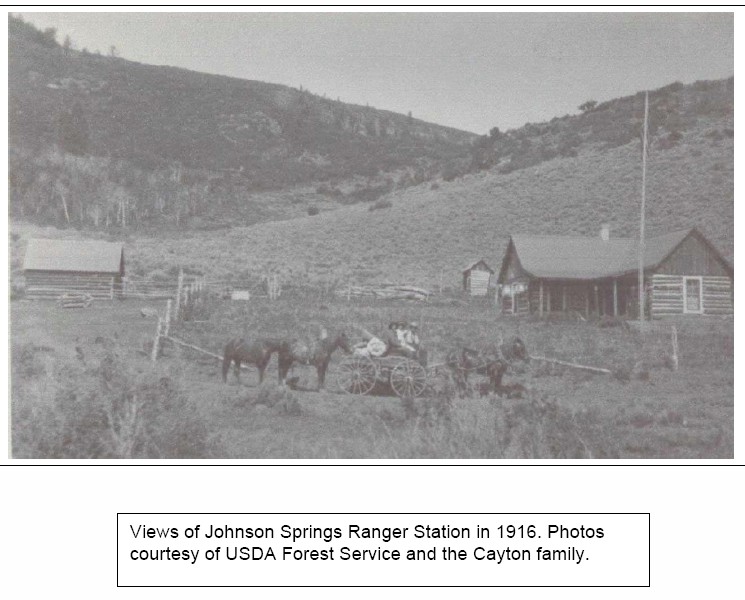 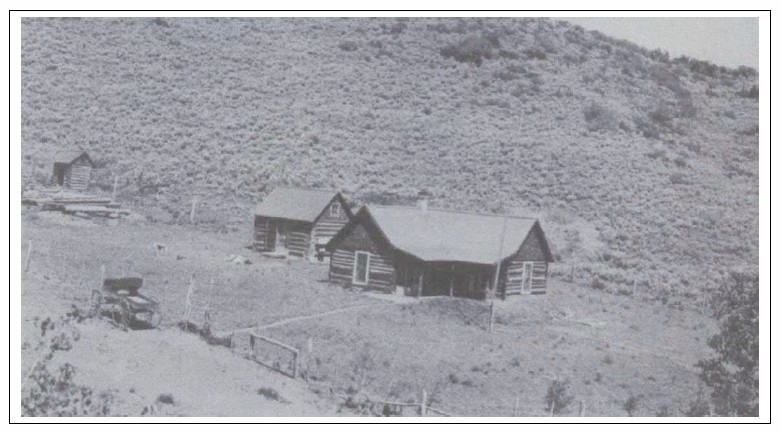 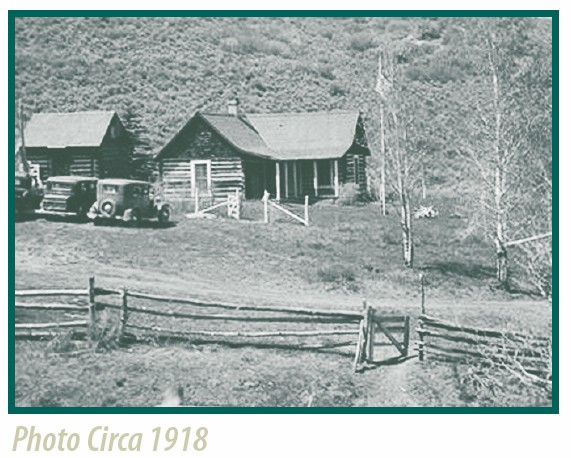 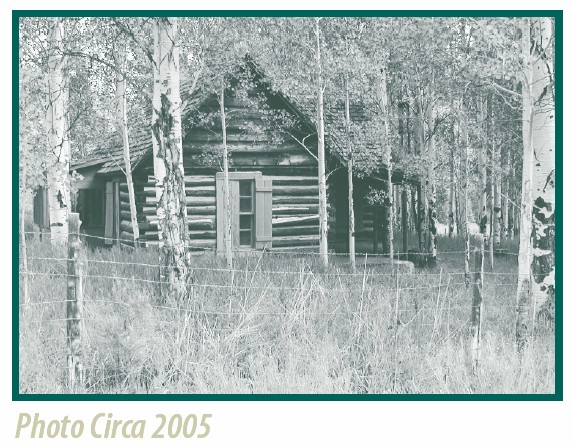