Trappes-Lomax1 published a map inside the front cover of his book that showed Clayton-le-Moors as he understood that it existed in about 1790. This would have been at the time of the beginnings of the Industrial Revolution, which was to have such a large impact on the area. The map is presented in two parts at the bottom of this webpage.

The map includes both the Grimshaw portion (including ClaytonHall) and the southern (Rishton) portion, including Dunkenhalgh. Hyndburn Bridge (called Hyndham Bridge), Sparth Hall, Oakenshaw, and Ringstonehalgh are also shown. The roots of Clayton-le Moors as a manorial estate are indicated by the “patchwork quilt” pattern of agricultural land use.

The incipient influence of the Industrial Revolution is signified by the Canal (the Leeds and Liverpool Canal), by the Cannal Pit (coal mine) in parcel 38, and by the “Engine Fields” near the Cannal Pit at the north end of the manor. The date of this map is thus probably more accurately placed sometime after 1801, the year that the Leeds and Liverpool Canal was completed through Clayton-le-Moors.

Trappes-Lomax’ map of the Clayton-le-Moors area as it existed in about 1790. The map is shown in two parts, with points A and B indicating the match points. Note Clayton Hall near the center of the top half of the map. Also note Dunkenhalgh on the lower part of the bottom half of the map. 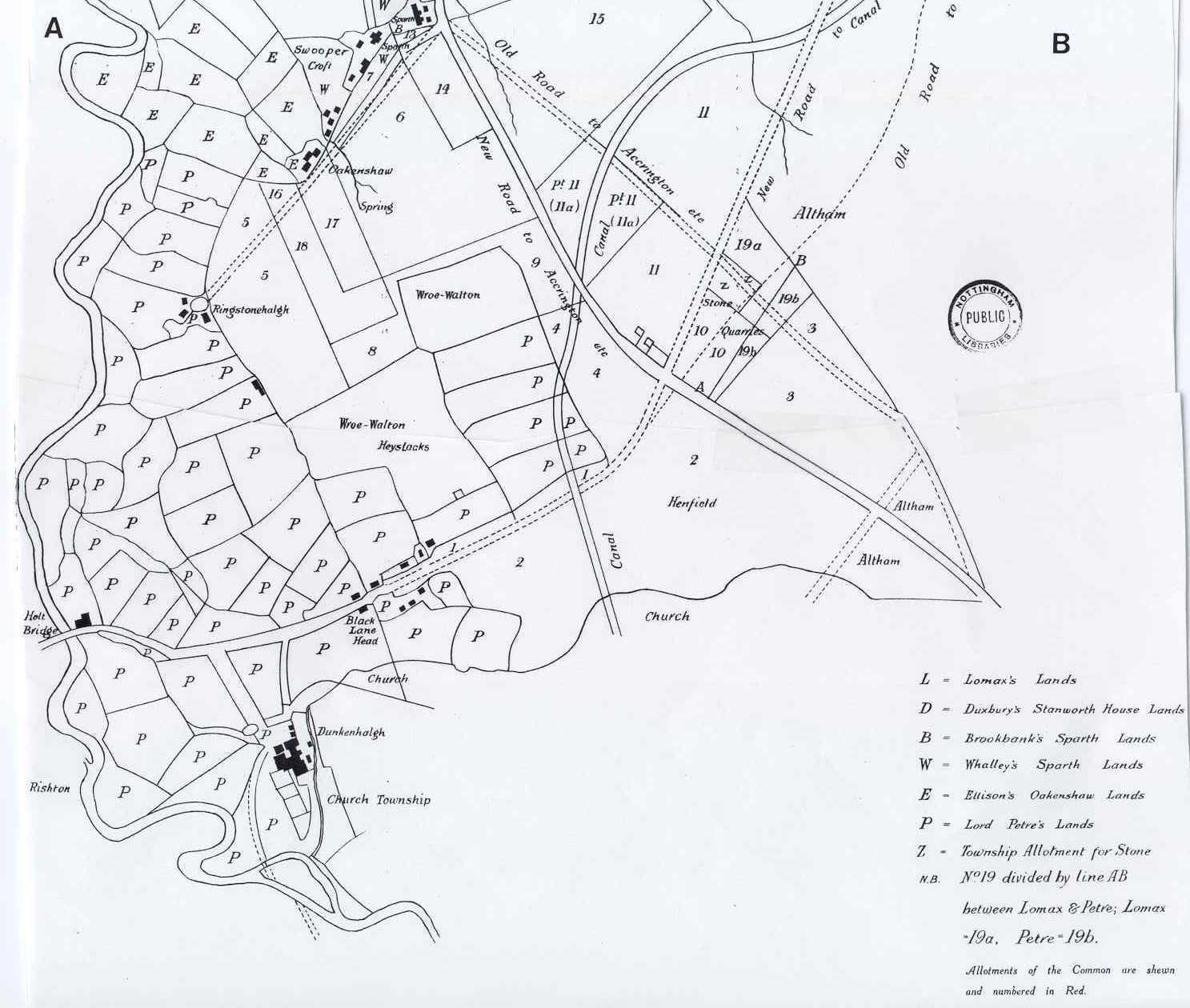