When the Grimshaws first moved to Clayton-le-Moors in the mid-1300s, they “came into” the entire estate. However, Adam’s wife, Cecily, was co-heiress of the estate with her sister, Alice. As a result, Henry, the son of Adam and Cecily, had to divide the estate with Henry Rishton, husband of his cousin, Margaret (daughter of Alice). Generally, the northern part of the divided estate remained with the Grimshaws at the “first” Clayton Hall, and the southern part went to the Rishtons. The “second” Clayton Hall was built in about 1772 after the Lomaxes took over from the Grimshaws and was demolished in 1977. The manor of Dunkenhalgh was built for the Rishton part of the estate. The current Clayton Hall is the third structure to be built at the location.

Painting of the Former Clayton Hall by Robert Eaton

The Leeds and Liverpool Canal in Clayton-le-Moors

Thanks go to Bob Eaton for providing a tour of the grounds of Clayton Hall and, subsequently, the poster that is further down on this webpage. Also to Gerry Brewin and Mr. and Mrs. Leo Wrigley for making the arrangements for the tour and making the introduction to Mr. Eaton. And thanks also to Jack Frane for sharing images of his painting of Clayton Hall by Bob Eaton as well as the sale bill for Clayton Hall when it was sold in 1925.

The second Clayton Hall (built by the Lomaxes in 1772 to replace the first Clayton Hall) was demolished in 19771. However, a new (third) Clayton Hall which has a similar (if not replicated) appearance of the central portion of the previous structure has been built at the site. Figures 1 and 2 show northward and southward views of the current building and the gate of the previous hall. One of the previous out-buildings on the north side of Clayton Hall, now restored as a dwelling, is shown in Figure 3. The former Clayton Hall is shown below.

Figure 1. Front view of the “new” (third) Clayton Hall is shown below. The photo was taken northward from south side. Photo taken May 1999 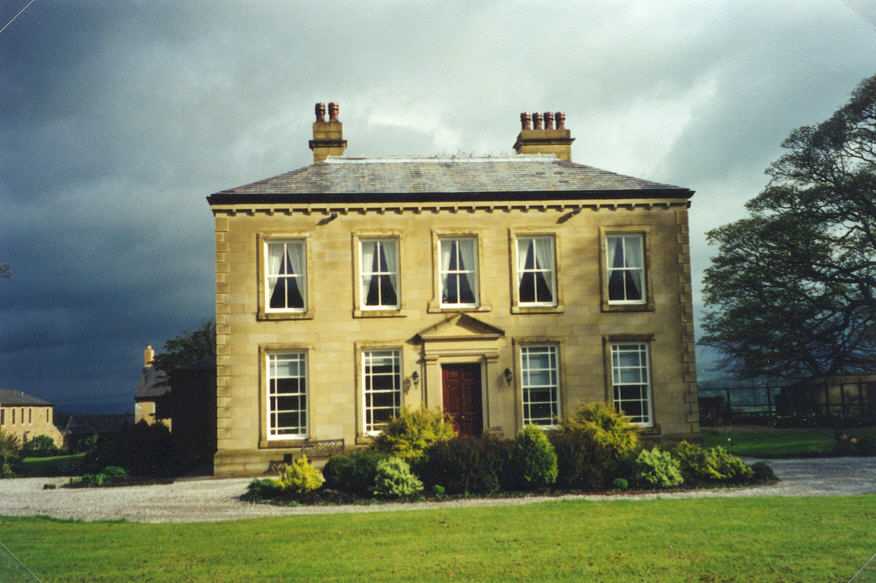 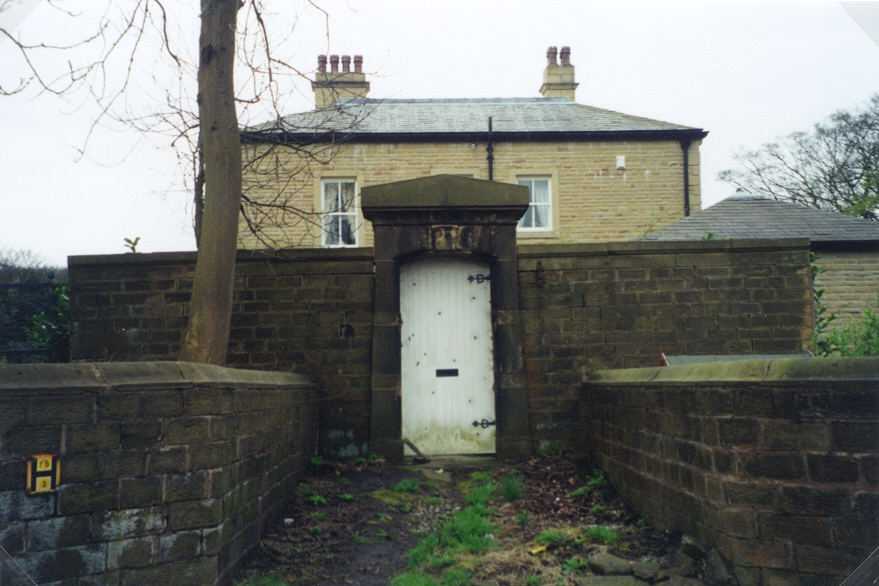 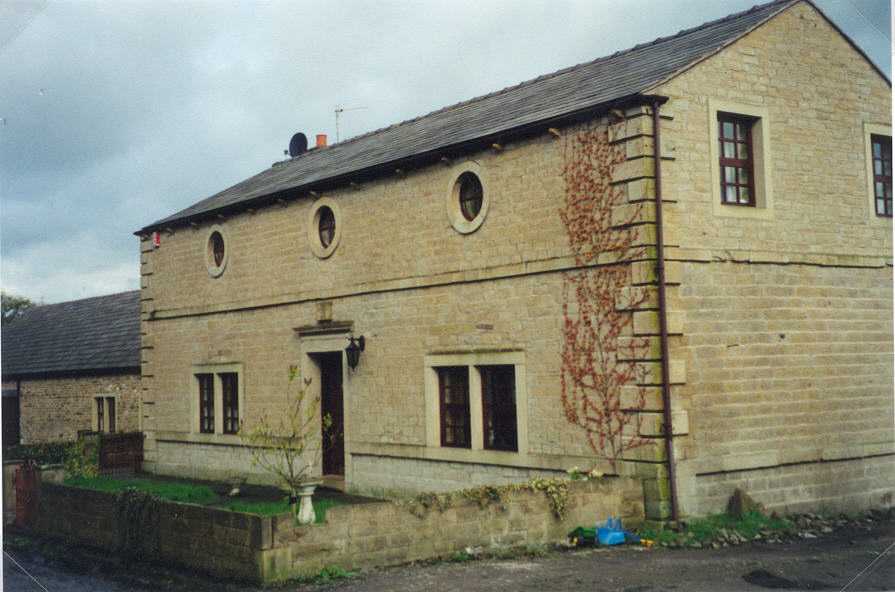 A photo of the former (second) Clayton Hall, taken from Ainsworth2, is shown in Figure 6. As noted, this hall was demolished in 19771, One of the reasons for its demise was reported to be subsidence of coal mine voids beneath the hall that had weakened the structure.

Painting of the Former Clayton Hall by Robert Eaton

Robert Eaton, a retired schoolteacher living in the Clayton-le-Moors area, provided a “guided tour” of the Clayton Hall grounds to the webpage author and several others in May 2000. He described the history and features of the hall and related how he had grown up in the area when the manor was an abandoned derelict and had spent many happy hours as a youth playing in the old “haunted house.”

Robert made many sketches and paintings of Clayton Hall not long before it was demolished in 1977. A beautiful example of these paintings is now in the possession of Jack Frane, who kindly provided the following images of the painting in its context in Mr. Frane’s home. The view of the Hall is generally to the northwest. 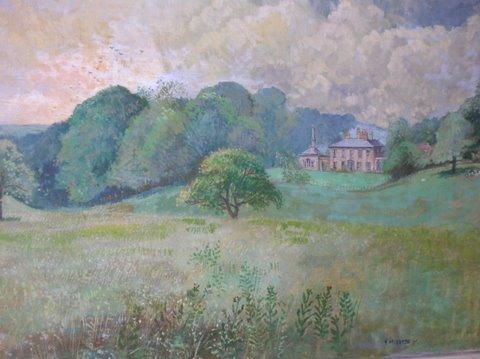 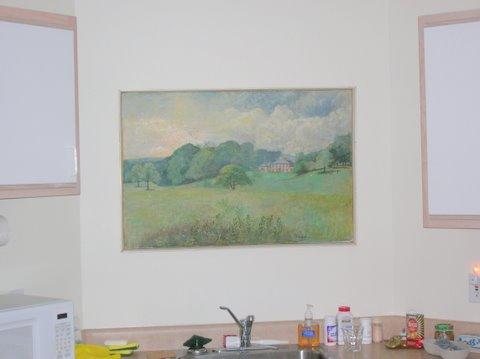 Robert also created a poster entitled “A Souvenir of Clayton Hall, 1772 – 1977”, which was provided to the webpage author in 2000. The poster contains no fewer than nine images depicting various aspects of the hall and the life formerly lived there. Because the poster is too large for scanning or depicting on a webpage, the individual images are presented below. Thumbnails are presented at the end for those who want to have a detailed view of the images.

The picture of James Lomax is taken from a large painting that was mounted on the wall of Clayton Hall. James was noted for his skills as an otter hunter. 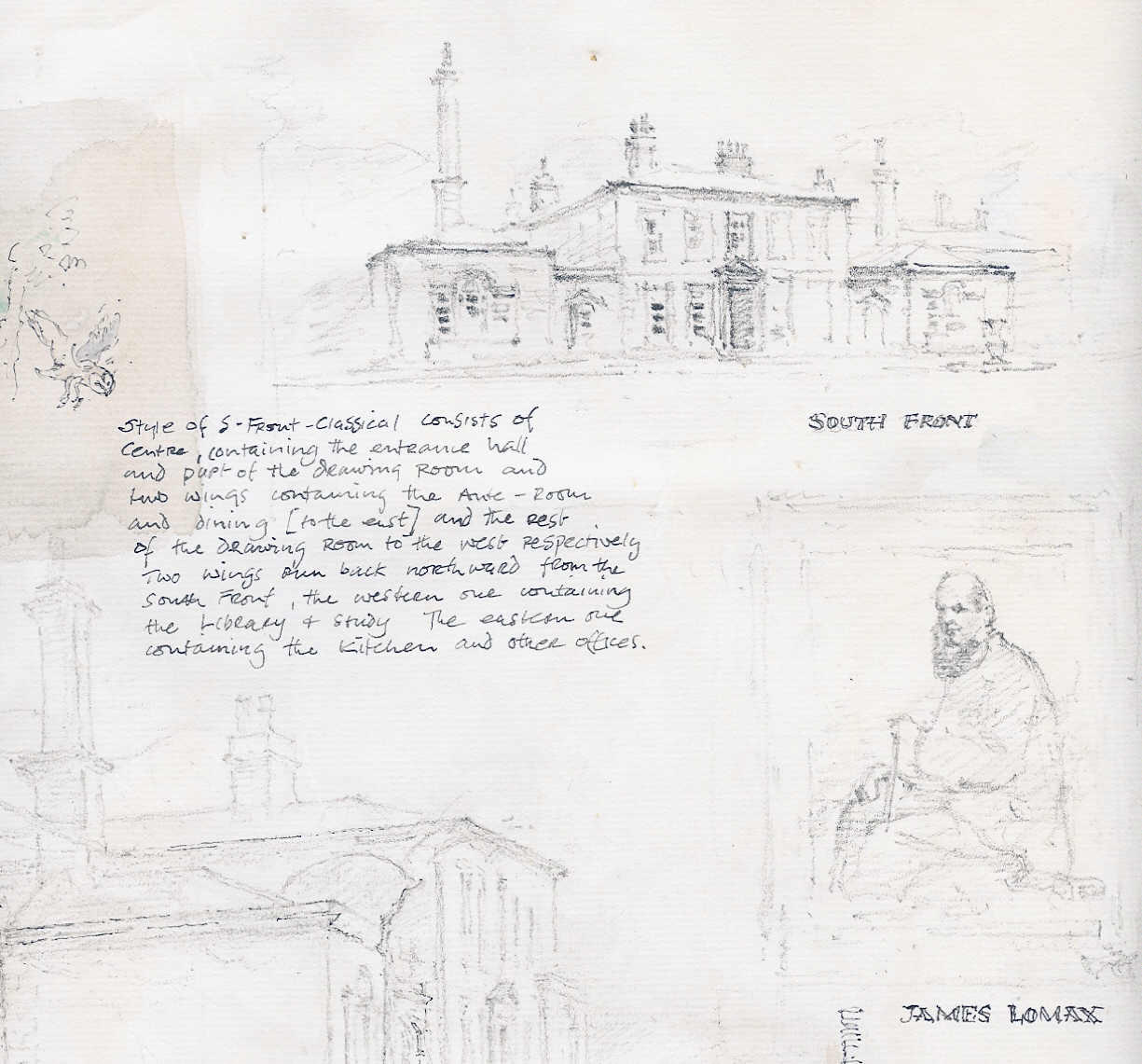 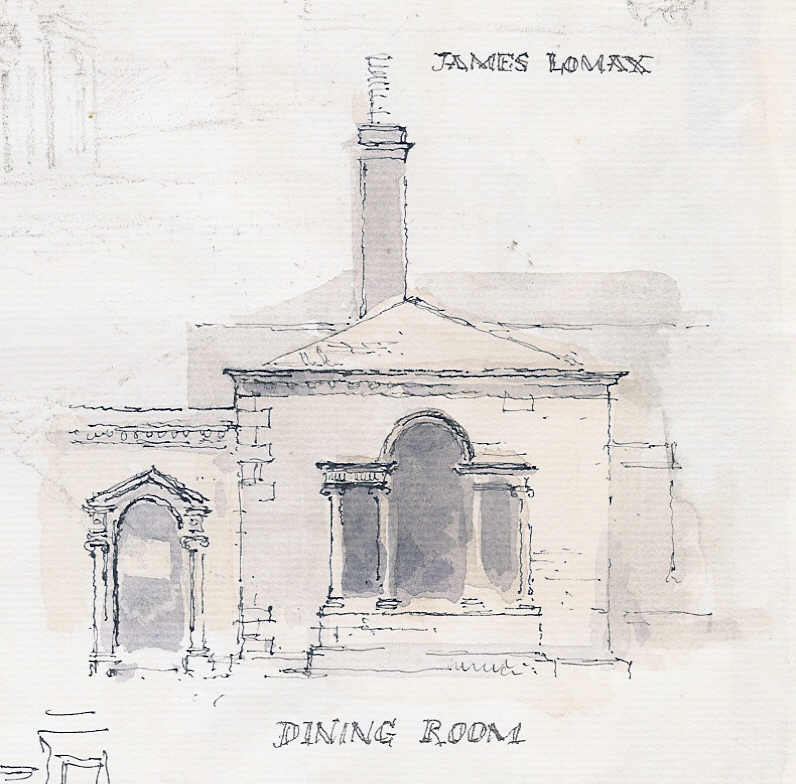 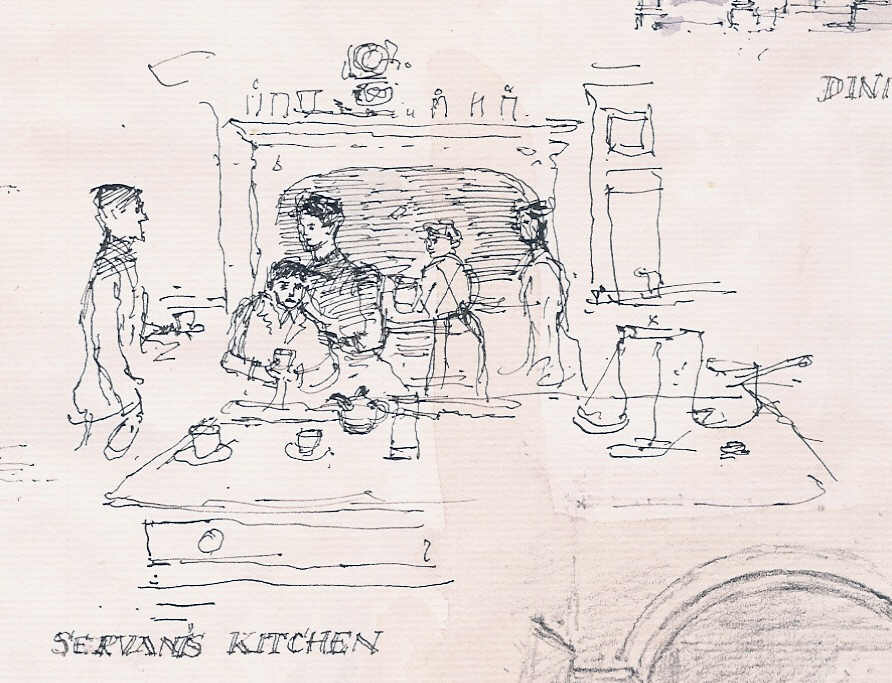 6. “Reception Hall from the Front Door”. 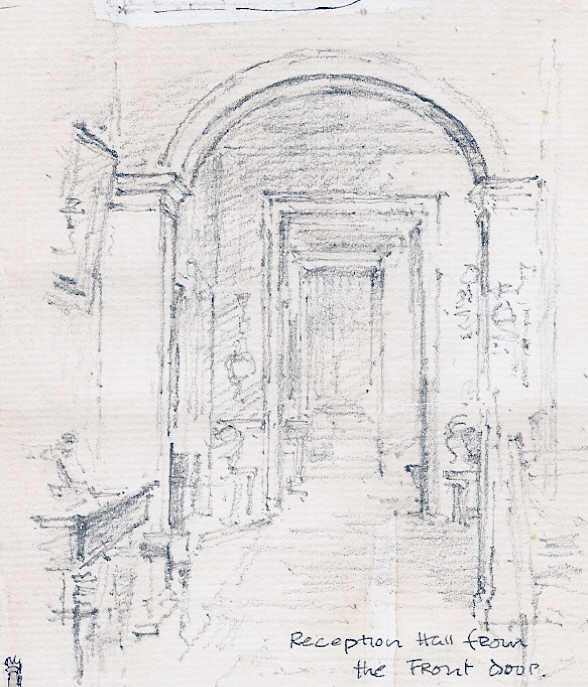 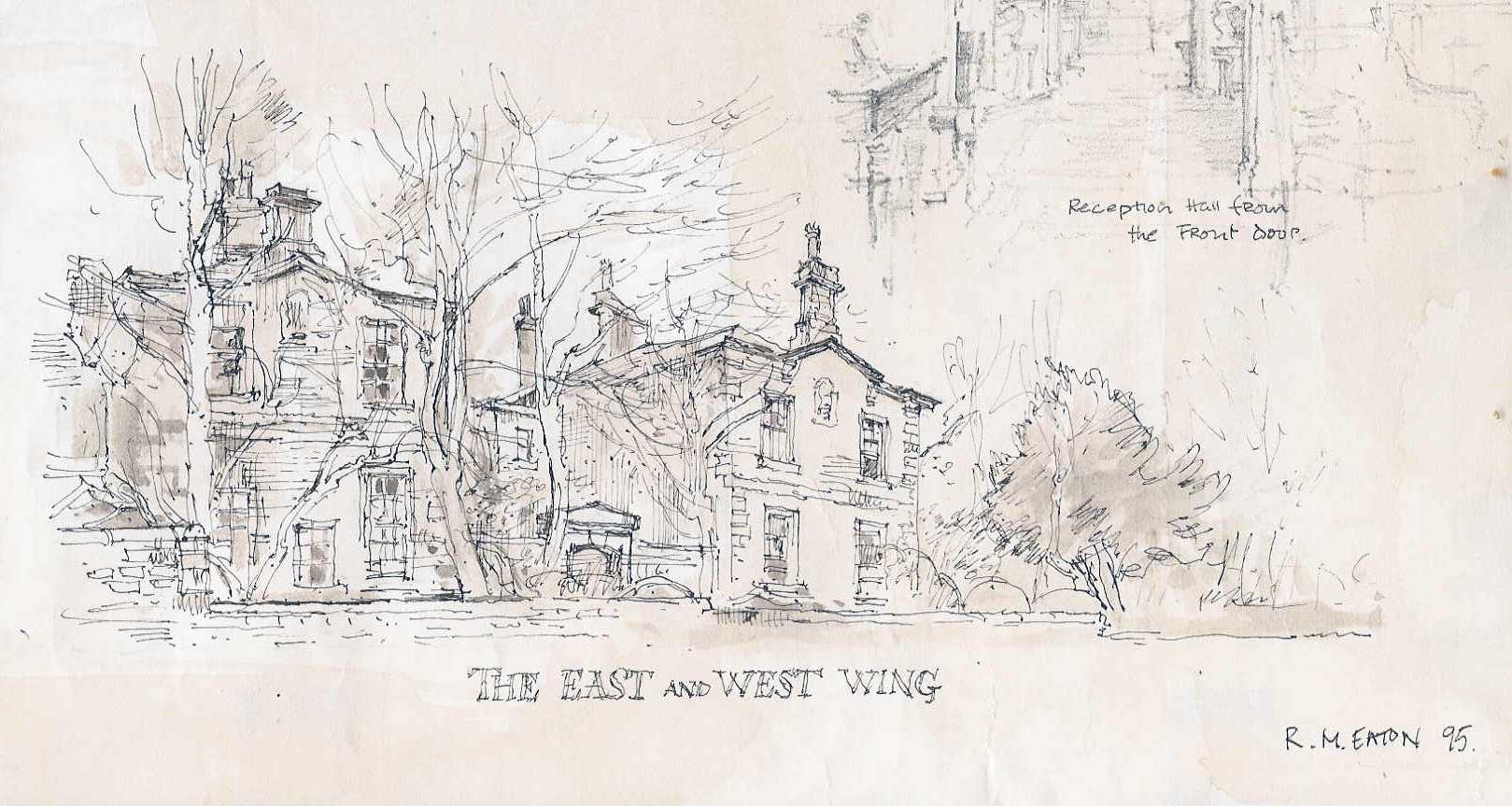 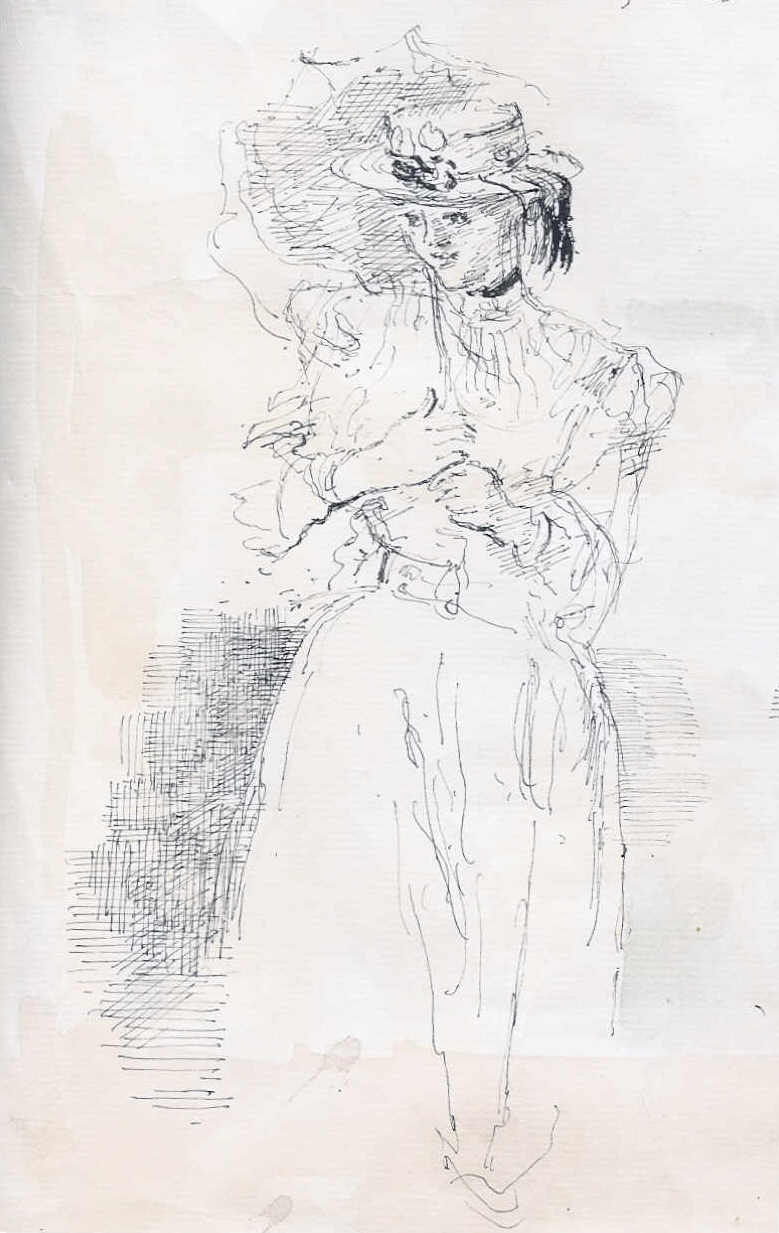 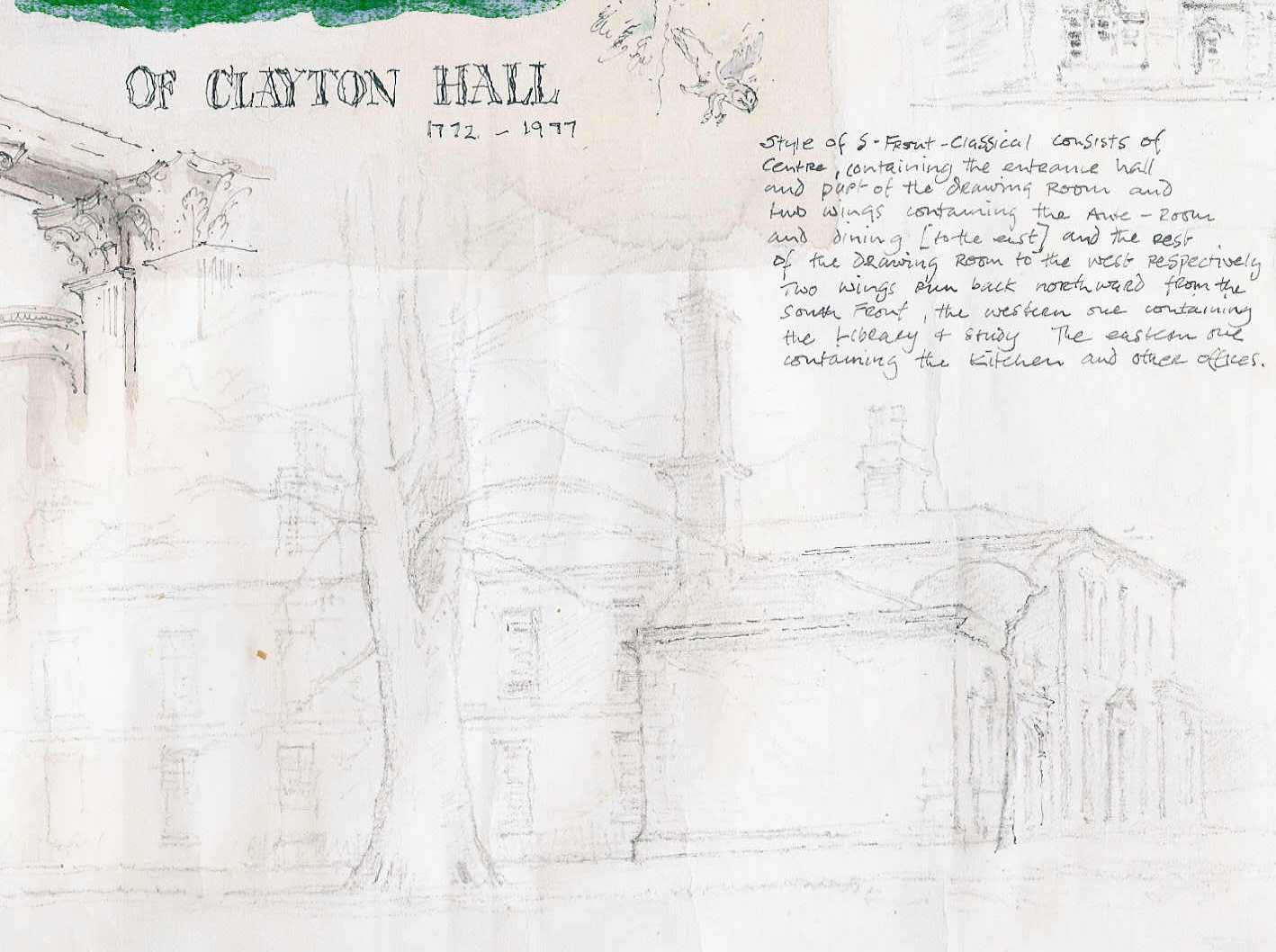